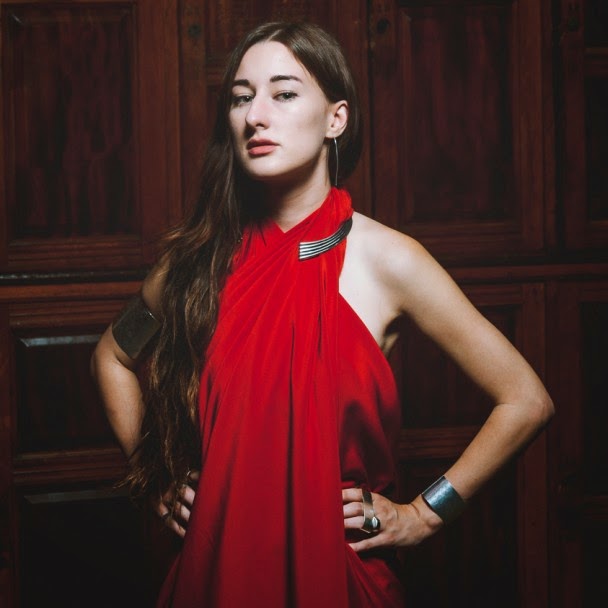 Nika Roza Danilova is the mastermind behind the experimental pop persona Zola Jesus. The Wisconsin-bred Danilova began studying opera at age 8 but gave it up ten years later to pursue more free-form expression. Initially an underground artist while pursuing studies in Philosophy and French at the , the 25-year-old now boasts five studio albums of her big, bumping, darkly-themed brand of tunes. Her latest effort is 2014’s “Taiga,” named after the Russian word for “forest” and the biggest biome in the world. The intense collection of eleven songs is a result of nine months of immersion in the wilds of the in . Danilova now lives in with her entomologist husband.

Q: Where did the name Zola Jesus come from?

A: Oh, man. I was 14 years old and I came up with it completely randomly. I was reading [French author Émile] Zola at the time and liked the idea of Zola Jesus. I made people call me that at school and it just stuck.

Q: Initially, you were studying opera. What made you switch genres?

A: I became a little disillusioned with opera because of the heavy tradition and all of the rules, the fact that you can be good or bad or right or wrong. As a child, that became too much for me, so I used Zola Jesus as a means to explore music that didn’t necessarily have to be a boring tradition; it could be whatever I wanted to do.

Q: How have you seen your music evolve over the years?

A: Everything’s completely experimental. Every time I make a new song, I’m trying something new or exploring territory that I’ve never tried before. In that sense, it’s very impulsive, but it definitely evolves throughout the years, naturally.

Q: Do you tend to start with lyrics or instrumentation?

A: It totally depends on the song.

Q: Tell me about your relationship with nature and how it influenced your latest album.

A: I grew up around it. I grew up in and nature was just part of my life. I didn’t think about it, but my family lived in the woods and relied on that a lot for living. I moved away from them and I started to miss it a lot, so I moved back to the woods in a sense and it felt like home again. I was able to create music in a much different way than I’d done before.

Q: You told “Interview” that “Everything I do is a reflection of the duality within me.” What dualities do you grapple with on a daily basis?

A: Everything. Black and white, right and wrong, things like that. There are shades on a spectrum, but for some reason, I can only oscillate between the extremes, especially in music, you know? Pop versus experimental, accessible versus inaccessible.

Q: What are your favorite fashion pieces at the moment?

A: Black turtleneck and black pants. I’ve been wearing that for four or five months straight now. I get into obsessions about clothing. Right now, I have a very uniform look where you wear one thing and you wear it every day and don’t have to think about it.

Q: What about hair and makeup?

A: Pretty minimal. I don’t wear very much makeup and my hair is long right now. It’s pretty wild, but I usually style it.

A: Randomly. I visited on tour and fell in love with the city and the coast. I wanted to move out of and I picked here.

Q: What do you miss most about the ?

A: I miss my family. The culture of is pretty unique. The reminds me of the in a way.

A: Touring and trying new things.

Originally published on Vita.mn in Jan. 2015.