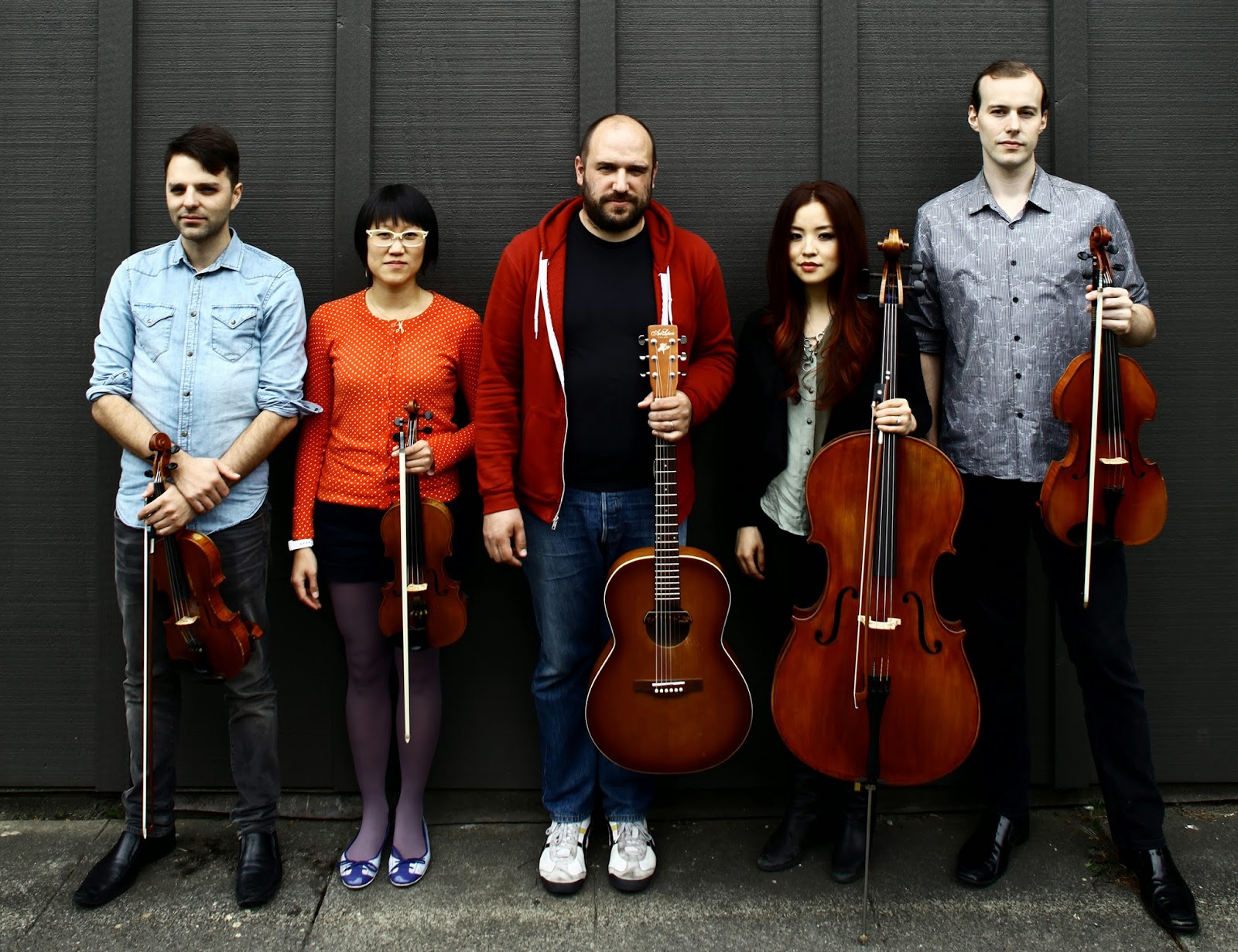 David Bazan is fascinated by the big questions. “I have an enduring curiosity about what the nature of reality is,” the 38-year-old singer-songwriter says. “It’s a head-scratcher.” Bazan examines these conundrums in his music, initially as the creative force behind Pedro the Lion, an indie Christian rock band based in . Around 2006, Bazan suffered a crisis of faith, sought solace in alcohol, and the band broke up.

“Anything that tends to advertise itself as religion, I don’t find compelling,” Bazan explains in a phone interview with Vita.mn. “I believe that there’s a natural law built in to everything. Ethics and morality are really important to me in terms of how I treat my family, friends, strangers, and what I expect from people. I take that seriously.”

It wasn’t until 2009 that the broody-voiced musician released his full-length solo debut, “Curse Your Branches.” The critically-acclaimed collection of songs was described by NPR Music as a “breakup letter to God.” “Strange Negotiations,” an album with fewer theologically-themed songs but just as much self-examination, followed two years later.

“Sometimes I get embarrassed of all the baggage I’m carrying around,” Bazan says. “I get tired of it.”

Because says his creative process takes place primarily on a subconscious level. “You don’t choose your dreams; you ride them out,” he explains. “That’s I how I feel about songwriting.” A religiously-inclined individual might opine that confessional songwriting is Bazan’s cross to bear, but in the end, he says, “I’m happy about the songs my subconscious forces on me. It’s kind of like opening up a present; you hope it’s Legos, but sometimes it’s underwear.”

There’s nothing quotidian about Bazan’s latest project: he’s teamed up with the Passenger String Quartet for “Volume 1,” a recently released compilation album that recreates tunes from his catalog with cello, viola, and violin accompaniment.

This partnership came about through a divine intervention of sorts. In the summer of 2012, Bazan was scheduled to play a show in , and the promoter suggested that Bazan allow violinist and composer Andrew Joslyn to arrange string quartet parts. Bazan approved, and was so impressed with the work that he invited Joslyn, along with Rebecca Chung Filice (cello), Seth May-Patterson (viola), and Alina To (violin) to join him onstage for that show.

“It was an amazing, beautiful experience,” Bazan says. “Now that we’re well down the road, figuratively and literally, it’s cathartic and fun to play with these guys every night. It gives all of the tunes some added weight and heft but without being rock ‘n’ roll. I love rock ‘n’ roll, but I know how that feels, it’s a place that I’ve gone to a lot. It’s cool to reach those same kinds of depths and heights [with the strings]. People expect it will be light and airy, but it’s really loud. It’s a sludge fest. That’s part of the aesthetic that I couldn’t have anticipated.”

If anything, the drawback of a string quartet is that they won’t fit in many living rooms, one of Bazan’s favorite venues. “It’s very grounding,” he says of house shows. “It boils down this thing I get to do to its purest form, its essence. There’s no gate-keepers, no middle man, not even a PA system to filter what’s happening. It’s very direct. You can take the temperature of the room without even trying. It’s an energy loop and everybody’s aware of it. Most nights it’s just really intimate, really good energy, and you can’t always say that about club shows. There’s a lot of things that can get in the way in a rock club.” Luckily the , where Bazan plays Tues., should offer enough intimacy without feeling clubby.

When the enchanting instrumentation fades, Bazan will still be grappling with the big questions. He likes Martin Luther King Jr.’s quote “The arc of the moral universe is long, but it bends towards justice.” He wants to believe that, though why and how justice prevails he can’t explain. As for an afterlife? “I doubt it,” he says. Instead, he cites a lyric that his friend, Chris Staples, wrote: “If you just stay true, some good things are coming back to you.”

Originally published in Vita.mn in Nov. 2014.