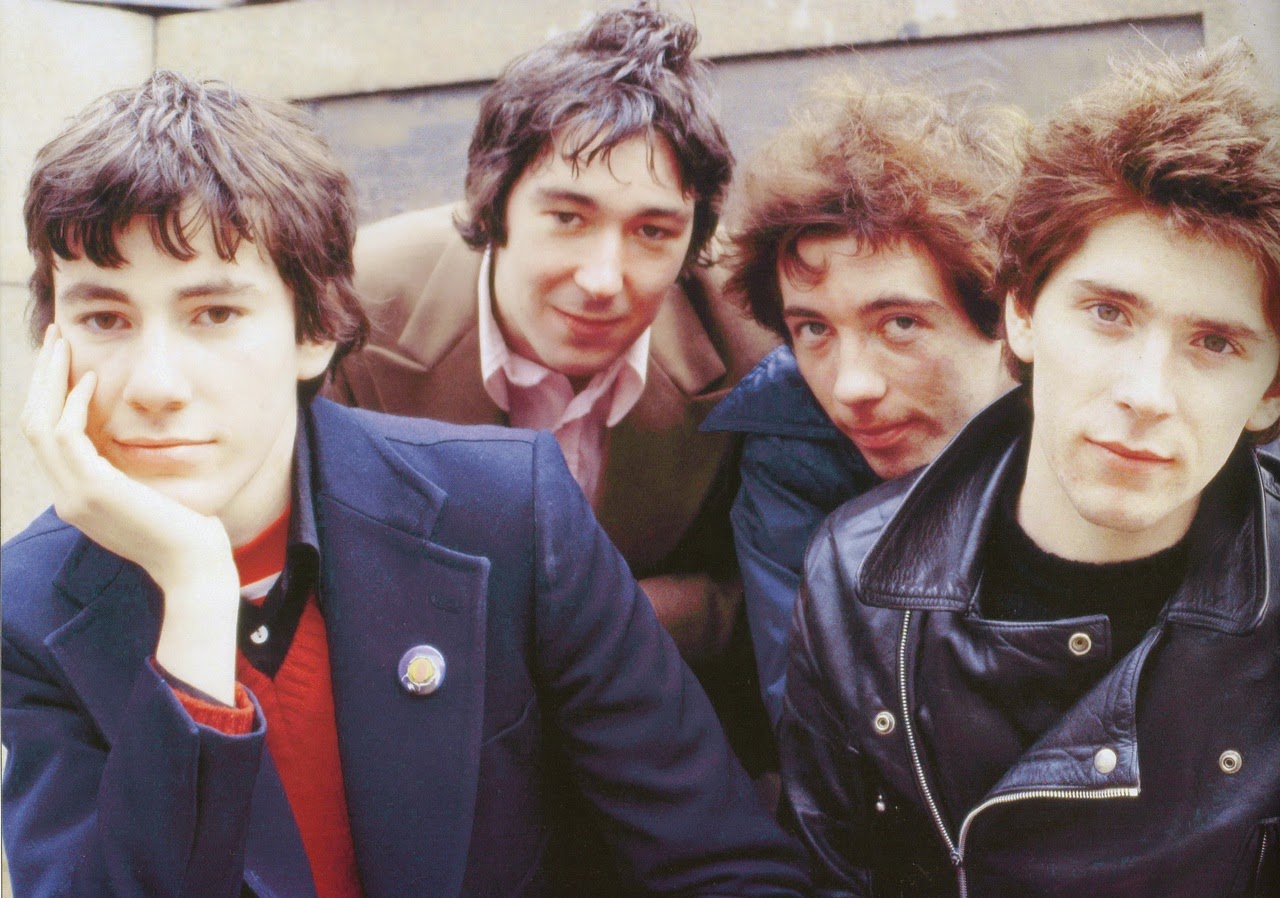 The Buzzcocks are legendary for their role in launching the British punk movement. Formed in 1976, the foursome’s ageless sound is marked by heavy riffs and classic melodies. Initially independent, the Buzzcocks signed to United Artists in 1977, then promptly incited controversy with the release of their single “Orgasm Addict.” Deemed too explicit for BBC radio, the “godfathers of pop-punk” didn’t let censorship stop them. They’ve since released nine studio albums, inspired bands like REM, Nirvana, and Green Day, and continue to tour the world.

Longtime guitarist and vocalist Steve Diggle spoke to Vita.mn from his room at the Hotel Rouge in

Q: Your new album “The Way” has been called the Buzzcocks’ “White Album.” How do you feel about that comparison?

A: It kind of makes sense in some ways. It’s a similar theme. Catchy songs but not necessarily “That’s the hit. That’s the album track.” It has that sense of flavor.

Q: How do you think has the punk movement changed since the Buzzcocks started in the ‘70s?

A: Essentially punk was about attitude, so anyone who got into punk rock had the attitude before getting into the songs. When we started, there was The Clash, the Sex Pistols—there were about five bands in —and in the States there were Talking Heads and Blondie and things. There weren’t that many punk rock bands around in ’76. [Punk is] like the Bible, it’s been interpreted many different ways since when we started.

Q: Isn’t punk also about rebellion? What do you think young people rebel against today?

A: Lots of things, even if they’re rebelling against themselves for not rebelling! That’s part of the job of being young, to question things like that.

It’s difficult in music now because of the financial thing. It’s like anybody coming from the underground don’t get a break like the commercial kind of stuff. The music business is run by accountants now, not artistic people. That’s what ruined it. It’s finance over art. You’re not getting as many wacky or inventive things. You’re getting more conveyor belt stuff that’s going to sell. That’s the whole system of it. That’s the thing to rebel against.

Q: Is there anything you haven’t done yet that you would still like to do, musically?

A: Yes, I feel like I only just started. Always along the way, you’re discovering yourself each day, like we all are, whatever we do. If I knew what there was left to be discovered, there would be no future. I could live my life in 10 minutes. There’s still a lot of spirit inside me that thinks there are things coming around the corner, artistically. It don’t have to be a million miles different, you know?

It’s like having sex. When you’re having sex with someone the first time, it’s great. Then it gets into one phase and another. Then you’ve got to look into taking it to different levels on a daily basis. That’s the kind of thing married people will tell you. [Laughs]

Q: Do you have any regrets about your career?

A: No, it’s all been fantastic, really. There probably are bits and pieces you think you’d like to do again, but they’re not really regrets. You can’t go to the grave thinking, “I really should have done this and that.” I’ve been fortunate to be one of those people who figured that out early on and thought, “Jump in and go for it because you might never get a chance to do whatever again.” That goes from songwriting to partying to getting in all kinds of streaks and situations and wild things.

Q: Speaking of wild things, what is touring like now that you’re older?

A: It’s a little bit tamer on the partying front only because the recovery time is harder. After the shows, we used to do a lot of partying. It’s kind of part of it: meeting people and having a few drinks and having crazy bits of fun on the road. But that’s a little bit less now because I kinda like to wake up and make breakfast in the hotel rather than sleep in and miss it all. It’s still great to do the actual shows. We’ve been doing it that long that we are attuned to this way of life, that almighty life of wandering the planet.

There are bands that can’t handle being on the road after a while, dealing with the psychology of living with yourself on the road. There’s a lot of time in hotel rooms when you have to come to terms with yourself. A lot of folks can’t do that. All kinds of things can come into their minds that disrupt them. They have to have escapism. It’s a big problem. That’s why bands split up.

Q: To what do you attribute the Buzzcocks’ longevity?

A: It’s still the songs. They sound like they was made last week. They’re timeless. You always feel current and in the now rather than just playing as if you’re reviving the past.

We stuck to our guns, too. We didn’t play the game of commercialism. We made the songs we wanted to make, songs of realism and the human condition, which people relate to. We ain’t bullshittin’ them. And we ain’t writing songs that we were hoping were going to be hits.

And the pleasure of playing. The band’s just gotten better over the years. The interaction between us, the spirituality of the band, it’s like, “We’re generating electricity up here!” When the crowd comes alive and we come alive, the magic happens in the middle. That’s the whole reason for doing it.

Originally published on Vita.mn in Sept. 2014.