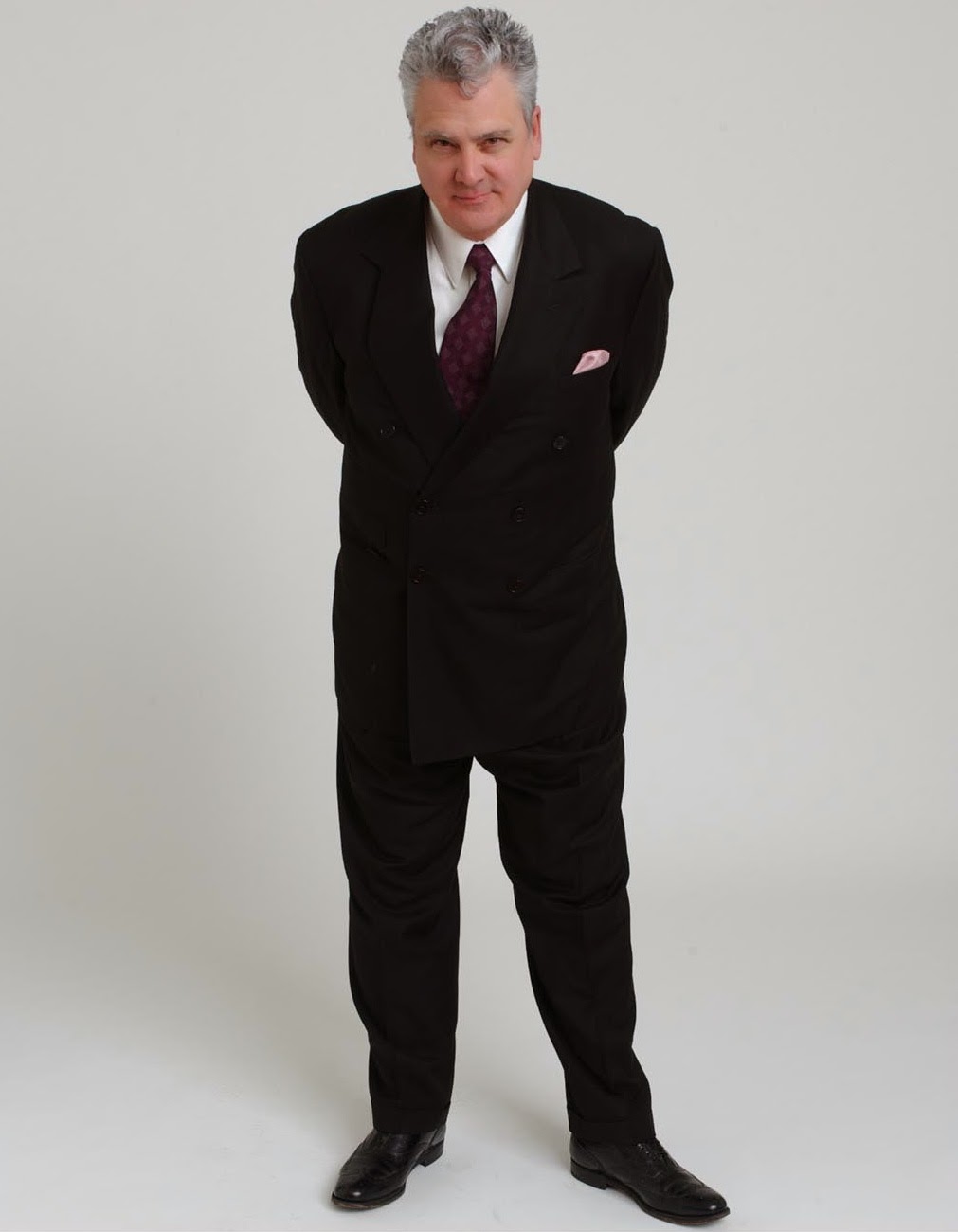 Tim Slagle says he feels like he’s lived in , albeit one week at a time over twenty-plus years. The Detroit-born, Chicago-based political satirist not only tears into government in his stand-up routine, he’s also a contributing editor for Liberty Magazine. In addition to appearing on C-Span, Showtime, and MTV, Slagle produced and starred in “Mudslingers Ball” with Lewis Black. The pilot, which aired on local TV station KSTP, came in at #2 in its timeslot.

Q: When did you first get interested in politics?

A: Probably since I was old enough to vote. I had been doing comedy for a few years and I saw Will Durst’s work. It amazed me that he could take something like politics and elicit laughs from it. I started going in that direction after that. Looking back, it probably wasn’t a good decision. Especially now, that things are so polarized. With any political joke, you have a good chance you’ll alienate half of the audience.

Q: Is there a tactful way to handle that?

A: If there is, I haven’t found it. Whereas most comics, when they upset people in the room, they say, “Oh my gosh, I have to do something to get the audience back.” I say, “You don’t like it? You can leave.”

Q: What are the biggest mistakes our country is making right now?

A: Putting too much confidence in . People get into government nowadays not because they’re the most qualified or the most intelligent but because they’re the most convincing on TV. Our government is now being run by used car salesmen and slip-and-fall lawyers who are selected by people stupid enough to believe that you could lose 100 pounds in 10 days without diet or exercise.

A: A ghost town. [Laughs.] Government should be there for minimal purposes: to protect you from me and us from them.

Q: What do millennials need to know about politics?

A: To not take it too seriously. It’s a joke. It’s an accident created by imperfect beings.

Q: Do you recommend voting?

A: In the past, I always believed everyone should vote but I’m starting to think no. If you don’t know why you should vote, why should you vote? There’s a popular refrain that says, “We have to get more people out to the polls” and I strongly disagree with that. If you pay attention, yeah, good, go to the polls, but there’s no reason to think that you should show up just to show up and vote for the people whose names look interesting.

Q: You’ve been doing comedy for a long time. How have you seen the industry or the craft change over the years?

Q: What makes a successful comedian?

A: If I knew that, you wouldn’t have had to go on my Wikipedia page [before the interview]. It’s really hard. In the beginning, a good VHS tape would get you booked. If you had a popular MySpace page, that would get you booked. Today, there’s so many ways to crack into the industry, who knows. There’s comics that are only popular because people heard them on XM stereo or their podcasts. I have no idea what the next big thing is going to be.

Q: Everyone’s been talking about the death of Robin Williams. Is there a link between the desire to be a comedian and depression?

A: There’s an old joke I remember from when I was a little kid: a man goes into the psychiatrist and says, “I don’t know what to do, Doctor. I’m thinking of killing myself. I’m so depressed.” The doctor says, “You need to go see Grimaldi the Clown. He’s the funniest clown I’ve ever seen. I died laughing.” The man said, “Doctor, I am Grimaldi.”

That’s kind of been the stereotype for the longest time. There do seem to be a lot of comics who suffer from depression. I think a lot of comics believe that success will stop the pain. I know a few comics who have said they thought that’s what was lacking in their lives.

Those of us who don’t have fame or success or money, we have something that people like Robin Williams don’t have—and that’s hope. We hope that if we win the lottery, it’s gonna solve all our problems. We hope that our YouTube post goes viral. We all have these hopes and we put these little candles on paper boats and send them afloat on a pond, hoping that this one will end the pain. I think what’s most striking about Robin Williams: he had everything that anyone in the world could dream to have, except because he had all that, he had no hope left.

Originally published on Vita.mn in Aug. 2014.