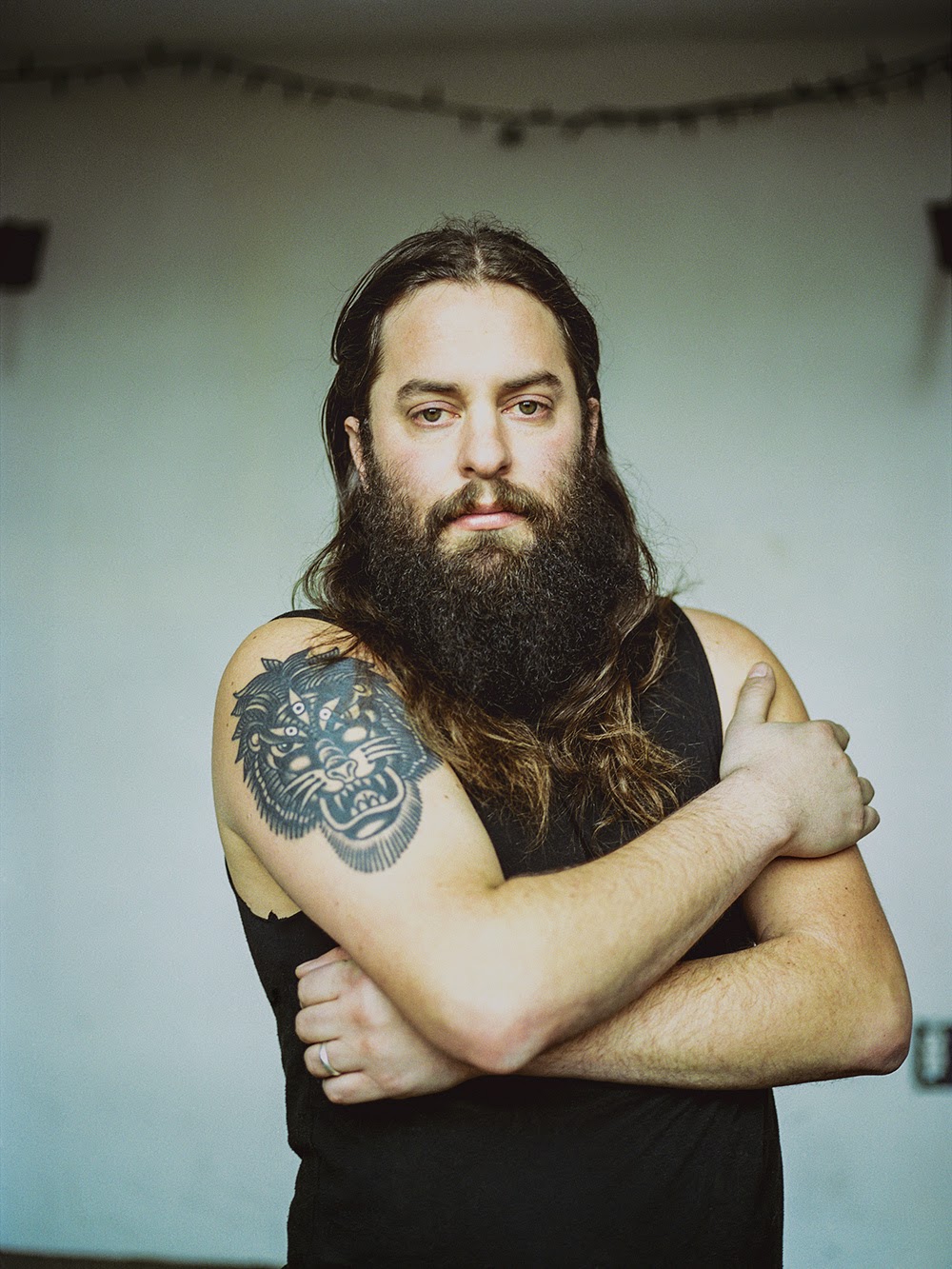 Timothy Showalter is Strand of Oaks, a folk rock act based in . A former Mennonite from , the 32-year-old Showalter drew on an excruciating time in his life for his fourth album “HEAL.” Professional disappointment, a troubled marriage, and a major car accident all culminated in the making of the 10 tracks on the critically acclaimed LP. Instrumentally angry but lyrically tender, “HEAL” is a testament to the therapeutic effects of music and the resiliency of Showalter himself.

Q: Your new album is called “HEAL.” What are you healing from?

A: Do you have 14 hours? [Laughs.] I think it’s just life catching up with you, whether it be relationships or problems keeping my mind healthy, or substances. It was a culmination of all of that boiled over. I don’t know if I’ve healed yet—I think we’re always healing in some ways—but I don’t think I’ve found the finish line.

Q: Some people struggle to express themselves when they’re in the midst of a painful experience. It sounds like that hasn’t been your experience.

A: It’s easier for me to express myself when things are more dramatic. I feel like there’s a live wire I can get tapped into. It’s hard when you’re denying your real emotions. I had such a clear dialogue going on and zero filters. It was easy to share. I couldn’t have written this record if I hadn’t been in that state of mind. I wouldn’t have had the courage to be this honest.

Q: You wrote 30 songs in three weeks. What was that period of your life like? It sounds intense.

A: I don’t remember very much of it. I think I went into some kind of haze. I didn’t sleep a lot. I definitely have manic tendencies. I feel bad for my wife because I don’t think I was a pleasant person to be around. I don’t think I was mean or angry; I was just in a different world. I love writing music but I don’t write while I’m on tour, so it was like two years without writing, and getting home, there was a lot of melodies and songs. Granted, some of them were horrible, but the process of writing again was so exciting to me.

Q: How did you pare down to 10 tracks for the album?

A: I wrote a lot of genres. I would write almost a heavy metal song and then a synthesizer song and wonder, “Can these be paired together?” I chose the songs based on how they flowed together. Lyrically, I knew it was going to be a dark record but I didn’t want any of the songs to be about self-pity. There were a few songs that were too bad to put on the record, like, “There’s no use for these. They can stay in the archives a little longer.”

Q: You mixed the album shortly after having a severe car accident and suffering a concussion on Christmas Day in 2013. How did that affect the finished product?

A: I’ve never been that close to dying before. My head was in pretty bad shape, my body was beaten up. I didn’t want to delay the album process because I’d made a goal to myself that I wanted the record to be done by New Year’s. I had it scheduled, so I went ahead with it. I don’t know what a concussion does to your hearing, but it made me turn things up louder and make it more visceral.

Q: You come from a background of faith. Do you feel like the traumatic events in your life happened for a reason?

A: I think we live in a chaotic universe and that things are not necessarily planned or destined. I think it’s how people choose to deal with them. Every problem can be turned into a bigger problem or a solution. Throughout my life, I’ve tried to find a reason why things happen and how I can improve upon the bad times.

Q: If you didn’t have music, what methods would you use to heal your pain?

A: I don’t think I would [heal]. I think music is the reason I’m still here. If I were in better shape, maybe I’d be a rock climber.

Q: You mentioned your wife earlier. How involved is she in your creative process? Does she get the first listen?

A: She has to hear probably 400 different versions of the song. I record in my house, and I’m always pulling her into the room, like “Listen to this! Listen to this!” Nothing really has changed for her ears, but for my ears, I might have added a new high amp part or something. She is always the first ear for every song that I write.

Q: We’ve talked about a lot of dark stuff. What brings you joy?

A: That’s the first time in about 8,000 interviews that anyone’s asked that, so thank you! I love to be outside. I was just in the woods before you called. I don’t like being idle. I’m always hiking or kayaking. I’m a little bit obsessed with reading. I’ll read four books at the same time. And listening to music. I would have thought that love would have dulled with making music being my job, but I listen to records constantly.