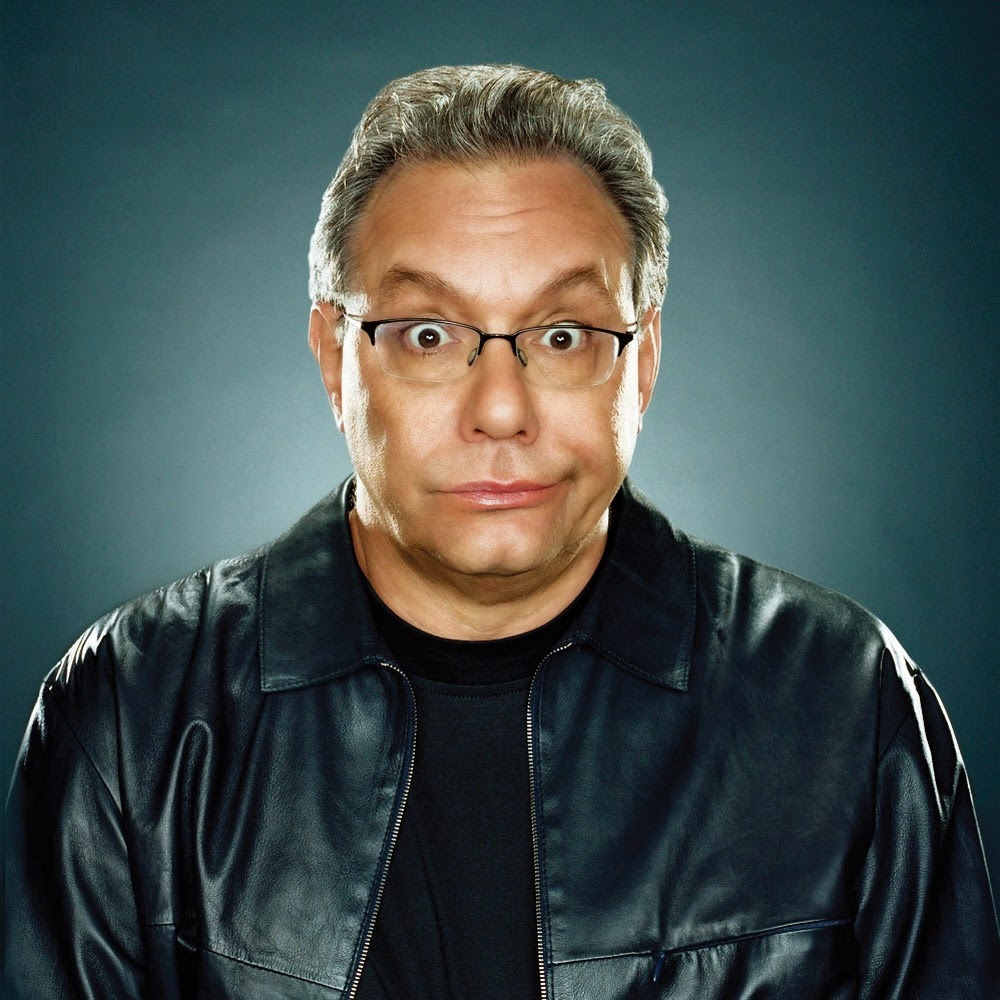 Grammy award-winning comedian Lewis Black considers “one of the places I started to think I might know what I’m doing.” What he’s doing—and has been doing for three decades—is taking a hard look at the state of the union and shaking Americans awake with his rage-filled rants about the failings of our political system.

Born to a mechanical engineer and a teacher in 1948, Black’s creative career began as a prolific playwright. He received an MFA from the Yale School of Drama in 1977, then transitioned to stand-up in the mid-80s. In 1996, Lizz Winstead recruited him to write a weekly segment for The Daily Show on Comedy Central. Since then, the 65-year-old, self-described socialist has recorded critically acclaimed comedy albums and HBO specials, acted in a slew of film roles, and authored three best-sellers. When not on tour, Black splits his time between and .

Q: How did your upbringing inform your comedy?

A: Being born and raised around , government was really in my face from the time I was a kid. My parents were paying attention to stuff, so I ended up having to pay attention to stuff. I was probably the last of the kiddies who were truly raised in the middle-class lifestyle.

Q: Have politics always been the focus of your comedy?

A: I never considered myself much of a political comic. When I first started touring, like when I was playing Acme way back, only 10 minutes of the act was politics. The rest was about weather, traveling around, jackasses I’d run into, or news stories. One of the reasons it evolved toward politics is that I’m funniest when I’m angry and these guys [in government] have really pissed me off.

Q: What do you think are the major issues our country is facing today?

A: Jobs. They’re so big on creating an incubation system for entrepreneurs. How many Steve Jobs are you going to find in a lifetime? What they need to do is instead of fighting each other over who gets credit for jobs is create jobs! Hand in hand with that is education, which has been neglected for 30 years. Charter schools, home schooling, yadda yadda, whatever. The best public education system has been flushed down the toilet.

Q: Have any politicians responded to the issues you raise?

A: The only one who ever responded was Donald Trump, which gives you an idea of how little he has to do in a day if he’s responding to me! I also called Rush Limbaugh a prick and he responded to that. He’d said that Stephen Colbert would undermine the family values by taking over the Letterman show, which shows you how insane Rush Limbaugh is. So my commentary was, “I think Stephen Colbert understands family values. He’s a good Catholic, teaches Sunday school, has—I think—five children, a lovely wife and has been married forever.” What I should have said is, “Satire is the response of intelligence to stupidity and meanness.”

Q: What can the average person do to change things?

A: It always has to start with you paying attention to what’s going on in your neighborhood and that will affect everything else.

Q: Have you ever considered running for political office?

A: I ran for office when I was a student at [ at] . I won because my name was first on the ballot. I lasted eight weeks. I thought, “If I can’t deal with my peer group, I can’t imagine dealing with people older than me.” I really thought [they] were idiots at the time—until my generation grew up and I realized my generation may have been stupider than the other generation.

Q: How do you feel about millennials? Do you have faith that they’ll be able to turn society around?

A: One thing we’ve seen kids do is force the issue on gay marriage. There’s a lot of kids who were having to deal with prejudice and they pushed things forward rapidly. Then you have these idiots screaming nonsense about “What this all means” but these kids live what it means.

I have a lot of faith in Americans. When something heinous happens, all of a sudden all these people who have nothing to do with it get in the car and go to help! It’s astonishing. I’ve always had a lot of hope. People will instinctively do what’s right. That’s probably as Pollyanna a fucking statement as you’ll get from me.

Q: Why did you decide not to have children?

A:  Because the state won’t allow it! [Laughs.] No, the reason is because my success came so late in my life. I’m not one of those people who think, “Oh, I’ll just have a kid and God will provide.” I’m selfish about my career. Being gone 45 weeks a year, I didn’t know how to put that together with a family.

Q: Another big part of your act is about your relationship to the Internet, social media, and cell phones. How do you feel about how people are so-called “connecting” today?

A: We’re being bombarded with information—and I’m not even close to what’s up, virtually, out there. You know, “Yahoo’s got 26 channels!” “Hoo-Ha has this!” “How come you haven’t been to FartyBobo.com?” I find more and more that I try to keep my face out of my phone. People stare at their phones like they won the lottery.

The only thing comparable in my lifetime to the Internet, Facebook, and tweeting is that it’s like a drug, and we just got the drug, and we’re trying to figure out how to respond. No one’s going to like this, but it’s like when I took LSD for the first time. I was like, “Holy shit!” and it freaked me out. I took it again, and the second time I started to figure out what was going on.

Q: Most of your comedy involves complaining about things. What is something you never complain about?

A: You’re going to stump me.

Q: Don’t you have any guilty pleasures?

A: I play golf, but I complain about it. [Long pause.] I don’t complain when I can get away from all of it.

A: I’ll take a vacation to a hotel resort, which is really like a hospital for a rich person. I’ll tell you the guiltiest pleasure I’ve ever had: I was part of a cruise in with a bunch of Broadway stars. I have no complaints about . None at all. It’s perfect. It’s perfect.

Originally published on Vita.mn in May 2014.