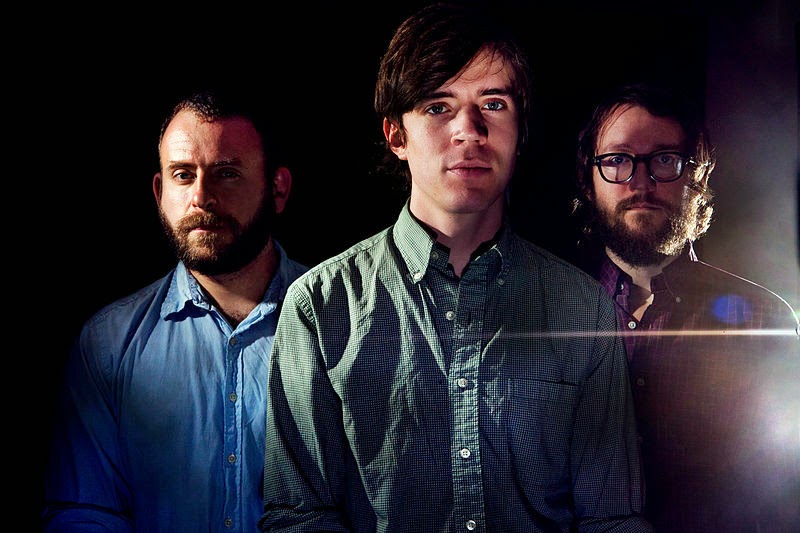 Yellow Ostrich began as Alex Schaaf’s passion project. While studying music at in , the 21-year-old recorded lo-fi, 4-track songs from his bedroom and released them on Bandcamp. After opening for Bishop Allen, Schaaf befriended that band’s drummer, Michael Tapper. In 2010, Schaaf moved to and joined forces with Tapper; the duo released “The Mistress” in 2011. Jon Natchez (bass) came on board in time for 2012’s “” but left the band shortly thereafter. Jared Van Fleet (keyboard/guitar) and Zach Rose (base) were then added to the lineup and the foursome recorded “Cosmos” (2014), an album where melodic, hymnal vocals coalesce with guitar-driven, indie rock instrumentation.

Schaaf spoke to Vita.mn from the band’s tour van.

Q: Yellow Ostrich started a solo project. Has adding bandmates changed how you write your songs?

A: In terms of arrangements, we have to think about how it’s going to work best with the people who are doing it. The songwriting itself still feels the same. It just comes out of nowhere. You can’t think too much about what the set-up is before trying to write something.

Q: Your music has such a solitary quality to it. Why do you think that is?

A: The basic structure of the songs still starts with me. I come up with the lyrics first and send a bare bones idea around and the guys fill it out and develop the songs further. It’s interesting to have a bigger band but not necessarily lose that feeling of something smaller and intimate.

Q: What prompted your move from to and how has the move affected Yellow Ostrich?

A: I moved to after I finished college four years ago. Change would have been inevitable. Living in , for sure, is different from if I had moved anywhere else. influences how the band works because there are so many bands, everyone’s doing stuff, and it’s easier to stay busy and motivated.

Q: When you were in school studying music, is Yellow Ostrich what you imagined you’d be doing?

A: I didn’t really have a plan. At college, I was doing piano, performance, theory, and similar classical stuff, but I never wanted to do that. I knew that I always wanted to have a rock ‘n’ roll band. In that sense, it’s kind of going how I pictured it. So far, so good.

Q: Your new album was heavily influenced by astronomy. What about that fascinates you?

A: I got into watching the Carl Sagan show “Cosmos.” The whole point of the show is trying to make science appealing to the greatest amount of people possible. I like that it’s about science and that it’s educational; it’s not too technical but not dumbing it down. Astronomy is appealing from a songwriting perspective because it’s so huge. It could mean anything. It’s so all-encompassing.

Q: How do you translate a concept like that into a sound, as far as instrumentation goes?

A: It wasn’t so direct. We weren’t trying to make it sound like space. It’s more about the themes in the lyrics. The sound just came from the four of us working together and trying to come up with something that all of us were happy with and narrowing down the ideas to make a cohesive sound.

Q: Do you still have a day job of digitizing home videos?

A: Yeah, I still have the day job. All of us are still figuring out how to do the band while also keeping our jobs at home and making enough to pay rent. Jared’s working from the van right now, online.

Q: Do you find having a job to be a balancing force or would you prefer to do music full-time?

A: I think all of us would prefer to do music full-time but it’s not feasible at the moment. It’s definitely a balance trying to figure out how to devote as much as possible to the band while not jeopardizing our jobs. If we didn’t have our jobs, the band wouldn’t be possible.

Q: Have you had any musical mentors along the way? Or have you been figuring it out on your own?


A: There’s a lot of other bands in that we’re friends with. We kind of watch each other and learn different things. It’s a process of trial and error. There are certain bands that we look at, like the National, where they’ve been at it for a while. It’s not like they put out their first song and they were instant worldwide sensations. We just do it, slog it out for a while, and build our audience.

Originally published on Vita.mn in March 2014.