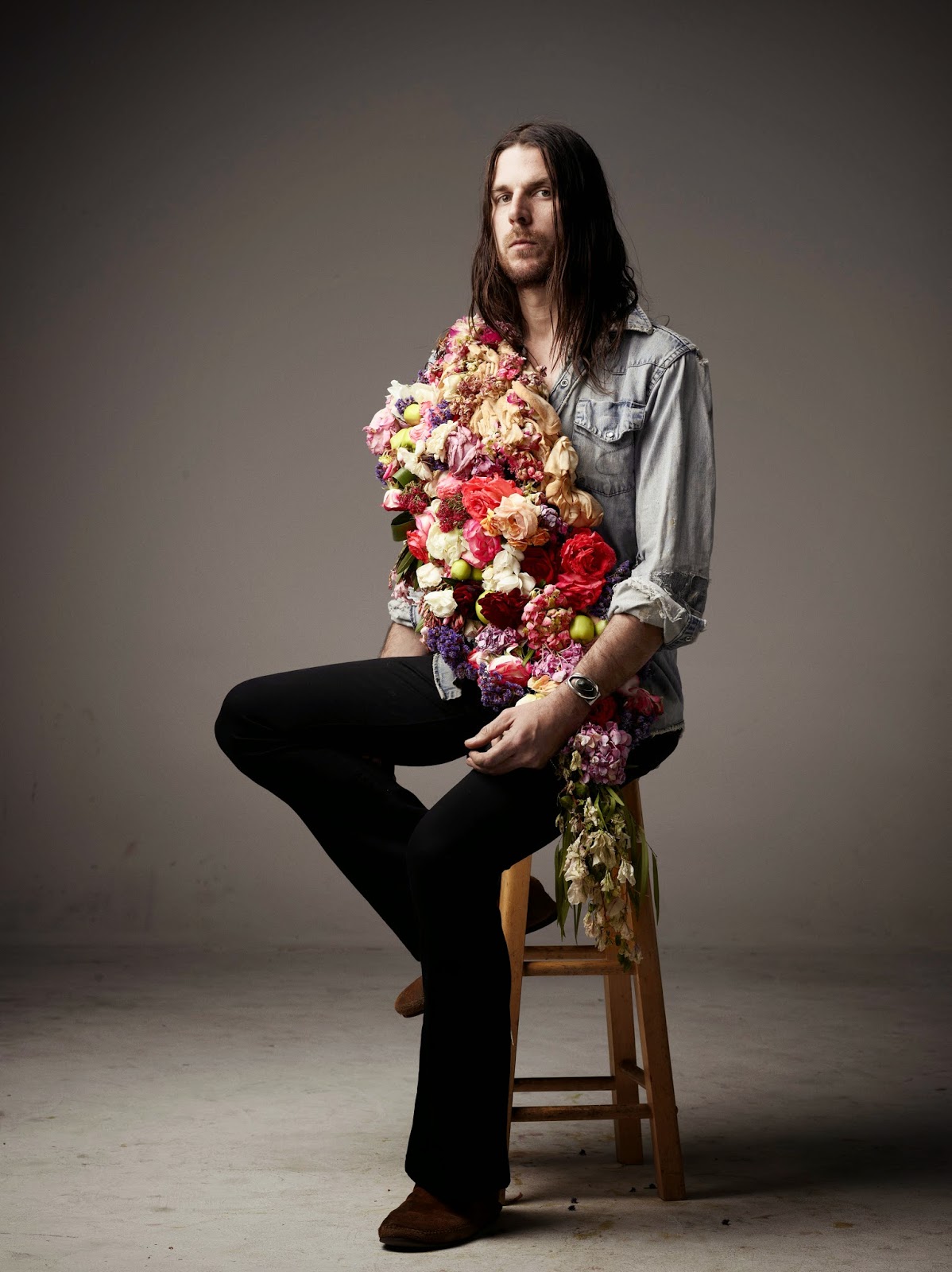 Jonathan Wilson, 39, is a singer, songwriter, multi-instrumentalist, and record producer.

Born in , came to as a teenager anticipating a “classic coming-of-age story.” , whose sound falls somewhere between and psychedelic rock, released his debut album “Gentle Spirit” to critical acclaim in 2011. No victim of the sophomore slump, ’s second album, 2013’s “Fanfare,” is on par with a veritable rock opera.

Recorded in over nine months at Jackson Browne’s Groove Masters studio, insisted on analog tape and extensive echo chamber on the album. A piano rented from Craigslist served as the sonic centerpiece, while horns, bells, and a full orchestra were layered into 13 tracks for a total of 78 minutes of music. Collaborators on the album included David Crosby, Graham Nash, and Patrick Sansone (of Wilco), among many others. also shared writing credits with Brit folk rock artist Roy Harper on several songs. For live shows, relies on backing band members Richard Gowen (drums), Dan Horne (bass), Omar Velasco (guitar) and Jason Borger (piano and organ) to recreate the epic soundscape of “Fanfare.”

Rolling Stone Germany bestowed “Fanfare” with Album of the Month status while Dangerous Minds not only named “Fanfare” the Best Album of 2013,  they also called it “the year’s most important album as well…Seriously, folks, it’s a motherfucker.”

is now based at his own Fivestar Studios in , where he has produced album such as Father John Misty’s “Fear Fun” and Dawes’ “Nothing is Wrong.”

Q: You made your album “Gentle Spirit” in your kitchen. What made you want to go into the studio for “Fanfare”?

A: I was trying to tackle a sound that I was after that needed a bigger space, like for the drum sounds. For that album, everything expanded, like the budget, so I was able to do that.

Q: You also said that you wanted a concert Steinway piano to be the centerpiece of “Fanfare.” What is it about that particular instrument that you found inspiring?

A: For me, it was the ultimate feature I could build upon. We ended up tuning the guitars to the piano. The piano became the backbone of the whole thing. It appears in most of the songs.

Q: Why was recording on analog tape important for this album?

A: The main thing is the sound. It’s a sharper sound, a transience. It’s an undeniable asset. Also, I have a background in analog, so recording an album completely digitally is kind of a scary thing.

Q: How do you translate the extensive instrumentation you had on the album to a live show on tour?

A: Certain songs we scale back, like take off the horns or the strings. Certain songs, like the opening track would have to use a bigger band [so we don’t play them live]. There are tradeoffs.

Q: Tell me about the different collaborators you had on the album and how you created together.

A: All of those things were predisposed, like I was thinking of moments for Jackson [Browne] or [David] . When I gave those guys a call, they were all kind enough to oblige, which was awesome. I think there were things where being buddies with those guys, I was able to shape the moment for them.

Q: You also produce albums. Does that engage different creative muscles than doing your own music?

A: It definitely does. It’s kind of the balancing thing for me. Being able to do both of those enables me to be satisfied artistically. The good thing about production is suddenly I get to experiment and do things that I probably wouldn’t do on my own stuff.

Q: You’ve been credited with reviving the sound. How do you feel about that?

A: I like the fact that there’s some sort of title that’s attached to what I’ve done and what I do. That’s a good vibe. I was there from 2005, so I’ve certainly put in my time with the busy, traffic-laden streets of the planet. I’ve definitely earned some sort of association. The fact, though, is that there’s no scene there. We constantly do interviews with people who have a fantasy that there’s a “thing” there, that there are bands and girls with flowers in their hair. That’s just not the case.