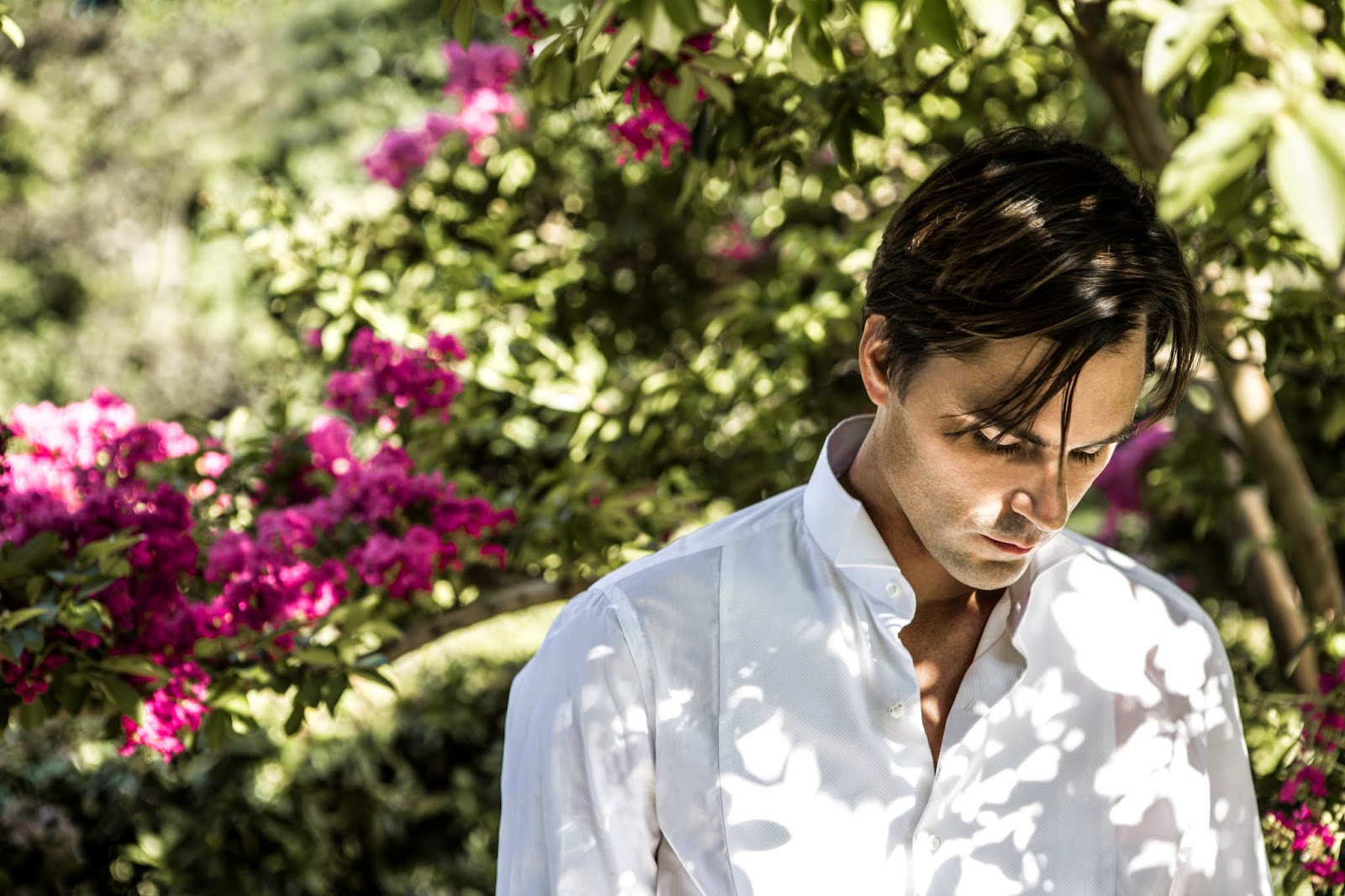 When indie rock band Elefant broke up in 2010, frontman Diego Garcia didn’t just go his own way—he did a 180. The Argentine-American who was once declared by New York Magazine as the “Sexiest Lead Singer” released his first solo album, “Laura”, in 2011. The critically acclaimed—and deeply confessional—recording mourned the loss of a relationship that Garcia had with a classmate from . The couple later reunited, married, and now have two children.

The sonic landscape on Garcia’s recently released sophomore effort reflects this fairytale turn of events. “” is an indulgent mix of romantic lyricism and tropical rhythm with audible influences from Latin crooners like Julio Iglesias and legendary songwriters like Leonard Cohen.

Garcia was born in , raised in , and began writing songs at the age of 14. Now 34, the bilingual Garcia spoke to Vita.mn in anticipation of his show at the Entry on Dec. 7.

Erica Rivera: I’ve always wanted to ask a musician if songs could win a woman back. It sounds like that might be the case with your album “Laura”?

Diego Garcia: Oh, man, that’s the ending. I think that’s a lot more than just songs, but if you want to think it’s the songs, go ahead! I spent five years writing that album, so I think it was time that I grew up a little bit. It prepared me to be in a relationship and then it just happened that she became available. She liked the songs, so that helped. I remember saying, “I’m not going to let her go this time” and I put a lot of work into it.

ER: So now you’ve released “”. What is paradise to you?

DG: for me is these eleven songs. What I like to think is that my music can create an escape for you, an escape from the day-to-day, from the things that knock you down, or an escape for you to celebrate something. That was my goal in making this album.

ER: There’s seems to be a myth in the music world that pain is more inspirational than happiness. Has that been true for you or does your emotional state not dictate what you write?

DG: Art doesn’t care if you’re happy or sad. It could care less about how you feel about things. Personal comfort has nothing to do with the music. You have no control over that. I believe that if you’re really a good artist or a good writer, a good song is going to happen, regardless of your state of mind. I could be having a good day and write a miserable song. I could be down in the dumps and I could write “Sunnier Days”. It really has no impact. But I can tell you that there’s no pain involved in writing. There’s no pain involved in performing. I get asked if singing these songs I wrote years ago makes me sad and no, not at all. It’s a physical thing, full of life.

ER: Talk about the transition from being in Elefant to embarking on your solo career. What was that like for you artistically?

DG: The constant is still the same: I write all the songs on the guitar. The big difference is that in a band, you just press “record” and that’s what you get. Your sound is sort of defined before you get in the studio by the personalities playing the instruments. And when it works, it’s beautiful. When I went solo, I spent five years experimenting with different styles and sounds until I felt comfortable that I’d captured something that was a true and honest extension of who I am. As a solo artist, you can get lost in a studio because there’s a million different ways to dress up the songs.

ER: Do you have any advice for men who want to be more romantic?

ER: Those are all good things.

DG: I’m not Dr. Phil. Every day it’s hard. It’s a job. Make sure you’re in love with the person before you…get in there. That’s important, too. Hey—my wife Laura is driving in the same car. It’s been really awesome talking to you about this with her next to me. Do you want to say “hi”, ask her a question?

DG: How am I romantic?

LG: He writes songs for me.

ER: Has he ever written a song for you that you didn’t like?

ER: How do you feel, Laura, about being the subject of your husband’s art?

LG: I’m flattered. I hope that it’s a good thing and that it doesn’t mean I drive him crazy sometimes.

Originally published on Vita.mn in Dec. 2013.