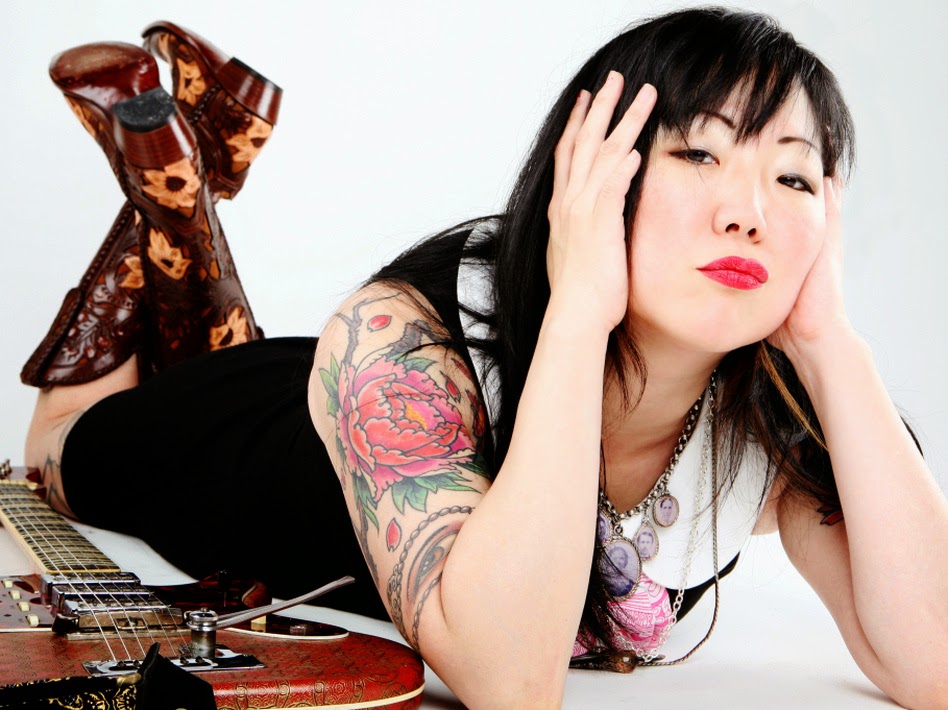 Born and raised in , Margaret Cho began performing comedy at the age of 16. Her big break came shortly thereafter when she won a comedy contest and was awarded an opening spot for Jerry Seinfeld.

Now known as the “Queen of All Media” and a “Patron Saint for Outsiders,” the 44-year-old Cho has incited laughter worldwide, starred in several network and cable television series, recorded a Grammy-nominated comedy music album, toured an off-Broadway one-woman show, and boogied her ass off on “Dancing with the Stars.”

Vita.mn spoke to Cho in anticipation of her appearance at Thursday’s installment of WITS.

Q: How autobiographical is your stand-up routine?

A: I think it’s all autobiographical. A lot of it is stuff that happened recently or not too long ago. It’s all pretty much memoir.

Q: In one of your stand-up routines, you said that when you started, an agent told you that Asian people are never successful in entertainment. How did you, and do you continue to, combat that stereotype?

A: I just didn’t care about it. I just kind of continued on. You hear a lot of different things when you’re starting out, regardless of race or gender. I really loved the art form and I didn’t really care about anything else. It was more important to me to just do it and try.

Q: How do you reconcile speaking openly about sex when the tendency towards women who do is to slut-shame?

A: It’s an important topic. I think it’s okay to talk about whatever you want to talk about. For me, it’s really liberating. It’s less about judgment of others than it is about what satisfies me as an artist. I’d rather do what I think I should do as opposed to worrying about what other people think.

Q: You’ve also been upfront about having had an eating disorder. How has the entertainment industry affected your body image? How do you feel about your body now?

A: It was really hard when I was younger because I was so affected by what people would say about my body or about my weight. Now that I’m older, I don’t really care. I don’t really think about it. I try to be happy with where I’m at. I think there’s all these levels of satisfaction that you have, especially if you come from that kind of history. I’m at an age where it doesn’t make a difference to me. I don’t care anymore.

Q: What advice would you give to someone who experiences or witnesses discrimination? Is humor an effective way to interrupt the cycle?

A: Humor is a way to cope with the suffering from it. There’s a lot of things that can be gained from having a sense of humor. You can deflect everything if you have humor.

Q: Do you feel like the entertainment industry has changed since you started or is it still rampant with stereotypes and discrimination?

A: I think it’s different. There’s more multi-culturalism. There’s more different kinds and types of people that we’re hearing from, especially with the Internet. I think the mainstream sort of remains the same but we have a larger universe to navigate.

Q: You are active in the anti-bullying movement. What about that cause specifically spoke to you?

A: I grew up feeling isolated and bullied. This is something that kids really have to deal with if they’re queer or are just not the same as the other kids and it’s very hard. It’s wonderful to be able to support them and get some awareness about it out to everyone.

Q: Is there anything you won’t joke about? Does anything offend you anymore?
A: I think the intention of humor, in general, is noble. If you’re going to entertain someone, you want to make someone laugh. So I don’t know if I would be offended by somebody with that intention. I don’t know what offends me anymore. I’m always looking for that spark of people trying to entertain one another and I think that’s what comedy and humor is about.

Q: You’ve been an advocate for gay marriage. For you, personally, is marriage something that you’re interested in or does that not fit your lifestyle?

A: I think it is very important. It’s about family. It’s about connection. Mostly I’ve been involved with marriage equality because I want the government to treat everybody the same. It’s important to have equality more than anything else.

Originally published on Vita.mn in Nov. 2013.