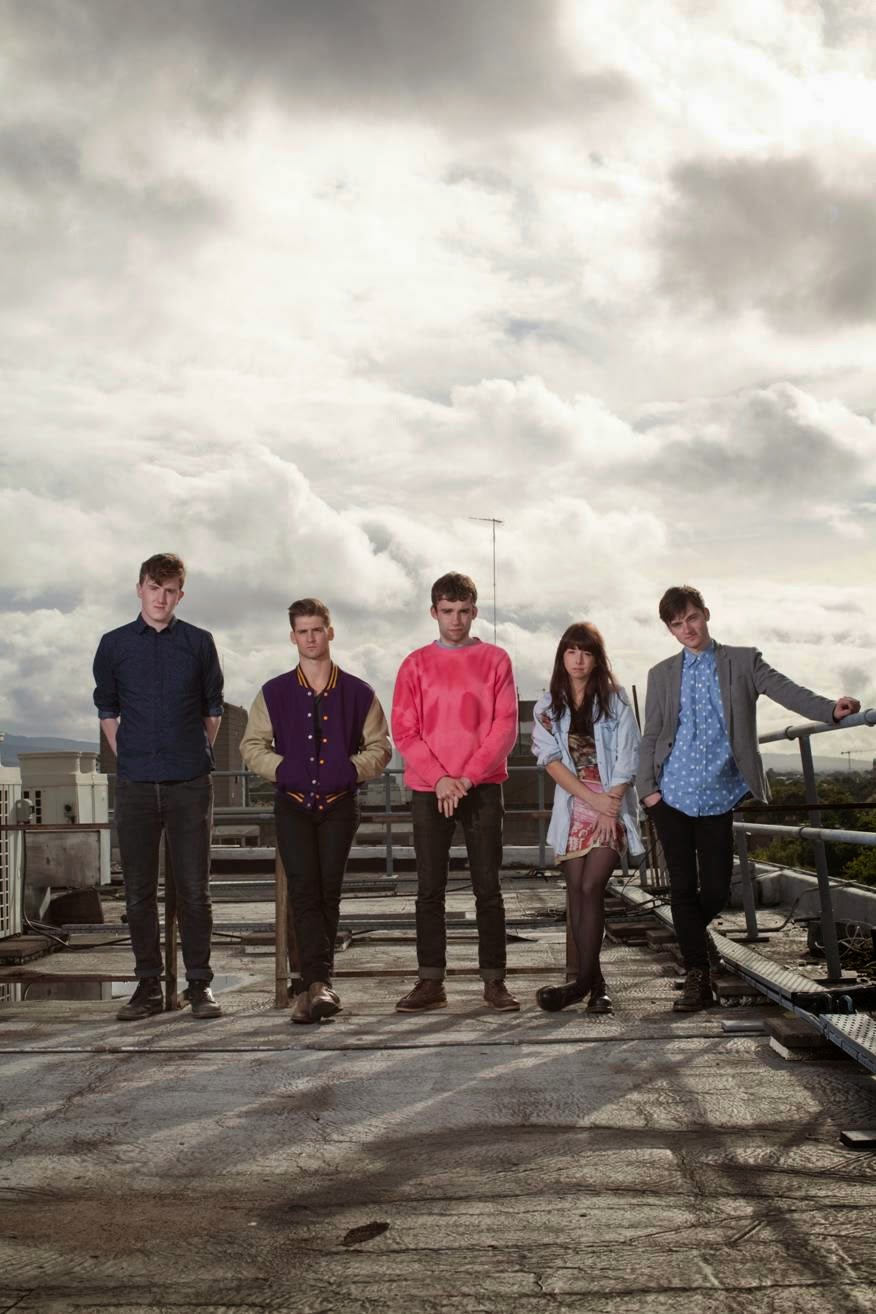 A devastating loss at a battle of the bands competition in 2008 forced the fivesome to buckle down and get even more serious about their music making. In 2010, the band was approached and offered representation by still-obscure manager Daniel Ryan. The quintet—all still in their early 20s—decided to abandon their undergrad education in favor of a chance at fame. The leap of faith paid off when the band was signed to Glassnote Records in 2011.

Little Green Cars’ debut studio album “Absolute Zero” has been described as “five years’ worth of backyard Garage Band tracks” and was released in May. Since then, the Irish lads—and lady—have been touring full speed ahead, barely stopping to take a breath.

We spoke to O’Regan in anticipation of the band’s return to on Tuesday.

Q: You and the other band members gave up college to pursue music and it has clearly worked out for you. Would you recommend that path to other young musicians?

A: I don’t know if I would recommend it to everybody. I wouldn’t want to be putting that message out there. When the band started, we were all 16, and all through school we really, really worked at music and that was always our passion. When it came time to go into college, we were at a point with the band where felt like we had an identity. It was the right thing for us at the time.

Q: How has your music or creative process changed since you signed to Glassnote?

A: It hasn’t changed, although since we signed to Glassnote, we recorded the album, released the album, and we’ve been on the road. We haven’t had a whole lot of opportunity to flesh out new ideas. We’re in a constant state of transit, so it’s difficult.

Q: Is it necessary to be off tour to write?

A: Yeah, in a way. We’re always writing when we can. To flesh out ideas with a full band and create some in-depth work, we need to be at home.

Q: There are several references to Charles Bukowski on “Absolute Zero”. How do other literary works influence your music?

A: We’re all big readers. I don’t know if that directly influences us, but certainly subconsciously it finds its way into our writing.

Q: What has been the most surprising or unexpected thing about being on tour in the ?

A: Every single place we go to is unexpected and surprising. It’s our third tour here this year and we love coming back.

Q: Have you considered relocating to the or are you all staying in ?

A: No, I think we’ll always go home to . It’s very good, I feel, to go out and then come back and go out and come back. It’s grounding for us.

Q: You mentioned during a session on KEXP that the band was in search of the best burger in the Did you find a winner?

A: We’ve tried so many burgers! The one that was crowned the king is in Portland. It’s called Boogie’s. It’s an unbelievable burger. Before we came away, I became a vegetarian, and even now, it’s the best vegetarian burger I’ve ever had, so that’s saying something.

Q: What is your drink of choice while on the road?

A: Some gas stations here in America still serve the Mexican Coca-Cola, which is made with cane sugar, not high-fructose corn syrup, and it’s served in a glass bottle and it tastes so good. We have to look after our voices so we can’t be drinking. We are Irish, but we can’t be partying hard every night.

Originally published on Vita.mn in Oct. 2013.