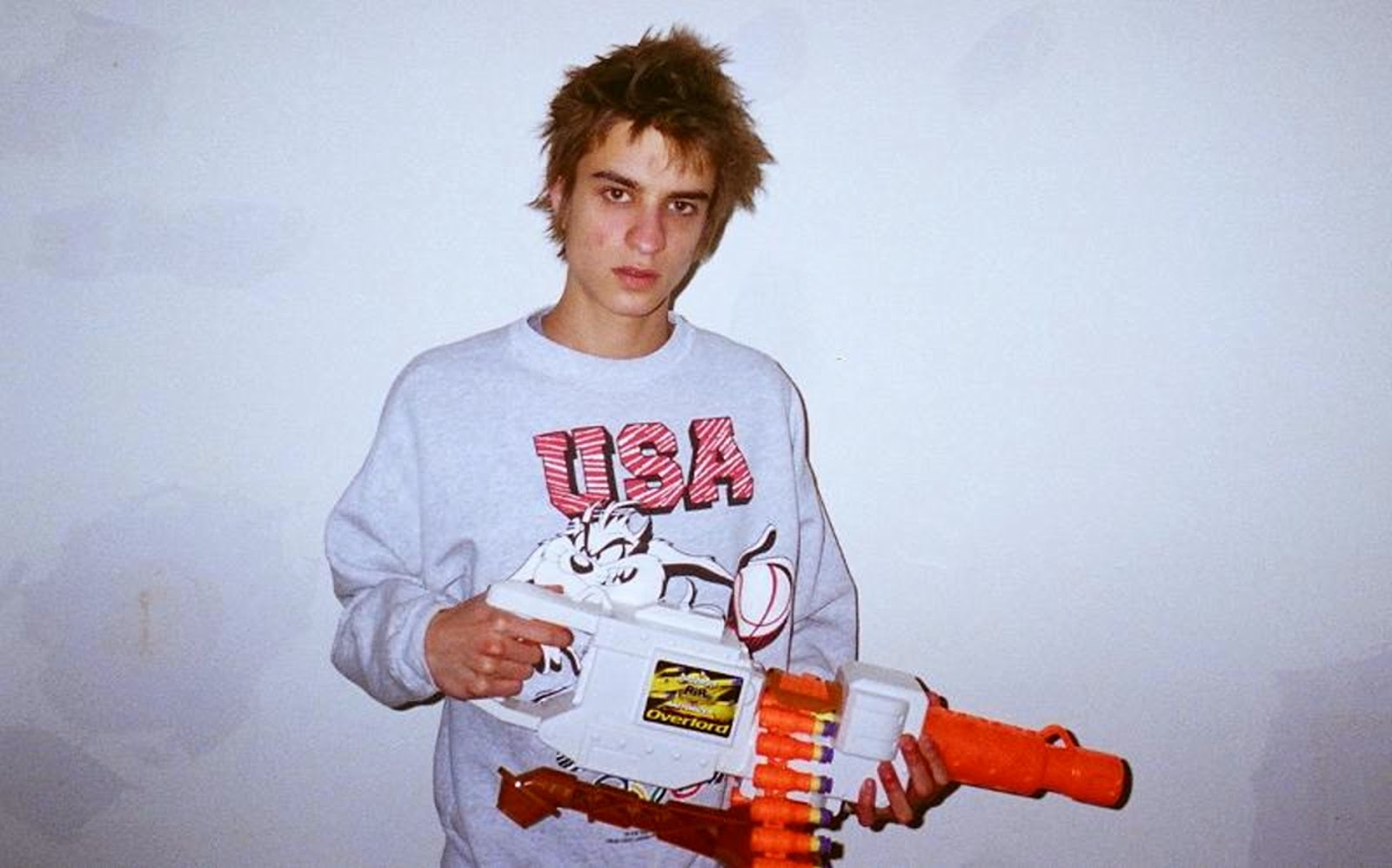 Jackson Scott is a 20-year-old soloist born in , raised in , and currently based in . Scott started playing piano at age 8, followed by drums and guitar in his teenage years. Though he’d always set his sights on being a movie director, disillusionment with the film industry sent Scott deeper into music, a passion which persisted throughout his freshman year at UNC Asheville.

“I never really had the intention of taking college too seriously,” Scott said in a recent phone interview about abandoning his new media and digital design studies in favor of experimentation with lo-fi sounds and voice distortion.

The result was Scott’s first album, , named after the street he currently calls home. Released on Fat Possum records in July, the debut LP is a strange and somber mix of almost inaudible lyrics and hazy instrumentation. Called “creepy” in a Pitchfork review, Scott’s tunes explore morbid topics like the Sandy Hook Elementary tragedy.

“I’ve had realizations in the last couple years about the duality of a lot of things,” Scott said. “Beautiful and happy and joyful things can only really exist if there are nightmare, bad, awful stuff, too.”

But lyrics aren’t Scott’s main focus; the melody is. “Whenever I’m writing, I usually focus on the musical aspect first and foremost,” he said. “There’s a certain type of ‘90s alt-rock that I’m obviously kind of nostalgic for.”

Scott is also nostalgic for the pre-Instagram days, as evidenced by snapshots of himself—all untouched and often unglamorous.

“I’ve been really obsessed with everything analog recently,” Scott said. “My friends were into 35mm disposable camera photography and I started noticing [that] the difference between a cassette and a really well recorded digital sound is the same as the difference between a disposable camera photo and a high def digital photo.”

Scott prefers the “cool aura” of printed film, just as he prefers the rougher sound of 4 track audio tapes.

Don’t expect to see Scott posting many of his artistic endeavors—analog or otherwise—on social media. He’s averse to Twitter and admitted he enjoyed a reprieve from Facebook after he was hacked out of his account.

“I can’t just totally dismiss it,” Scott said of the necessary evil of the internet. “It’s definitely helpful for getting people to hear about stuff, but personally I think people can get oversaturated with it. I know I can.”

For such a young musician, Scott seems to have his priorities straight.

“Maybe some people are kind of bewildered that it’s all happening to me when I’m really young,” he said of his sudden popularity on the indie scene. “At the end of the day, it’s [about] whether or not you’re happy with the music you’re making and happy with the shows you’re playing.”

Originally published on Vita.mn in Sept. 2013.