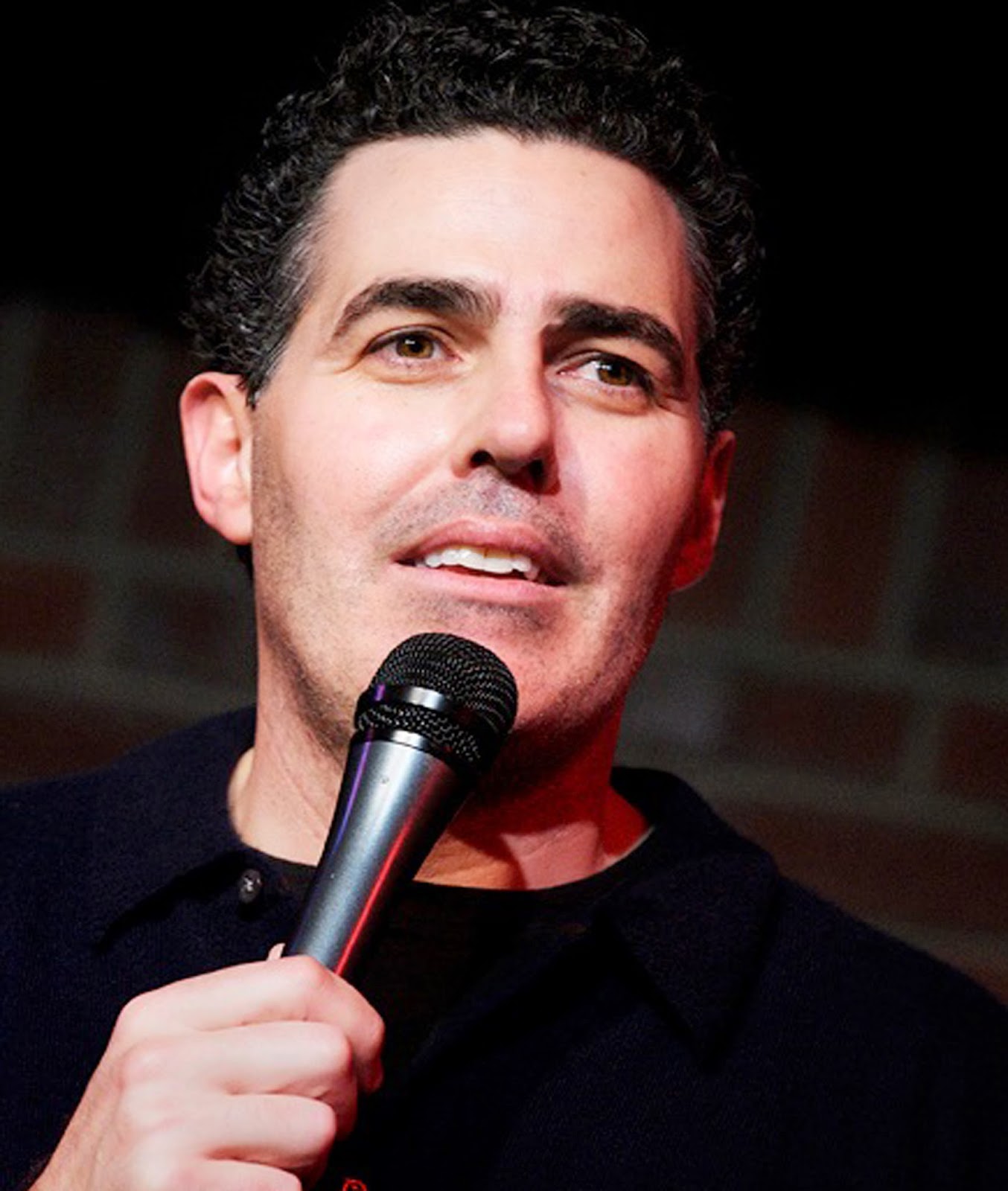 “My life philosophy is pretty straight forward,” Adam Carolla said in a recent phone interview. “Grit is better than I.Q., intestinal fortitude is better than any degree, and always blame yourself.”

Given the success that 49-year-old Carolla has enjoyed in radio, television, and film, there might be something to his commandments.

A child of divorced parents who came of age in , Carolla spent his 20s working as a carpet cleaner, a custom closet installer, an earthquake rehab contractor, and a boxing trainer. It was that last gig that led Carolla to Jimmy Kimmel, then known as “Jimmy The Sports Guy” on radio station at KROQ. Carolla coached Kimmel for a boxing match in 1994 and the two became fast friends.

Carolla soon rose to notoriety on Loveline, a raunchy sex advice show he co-hosted with the straight-laced Dr. Drew Pinski. Over ten years, the odd couple answered questions about everything from genital herpes to “I want to be with a man and a woman and a donkey at the same time—and what’s so wrong with that?” Carolla recounted with a chuckle. The show also featured appearances from bands like No Doubt and interviews with celebrities like the cast of 1999’s Being John Malkovich.

Carolla went on to create The Man Show with Kimmel for Comedy Central, author two New York Times bestsellers (In Fifty Years We’ll All Be Chicks and Not Taco Bell Material), and launch a line of ready-to-drink cocktails called Mangria. His current podcast The Adam Carolla Show set the Guinness World Record for the most downloaded podcast ever. Over the years, Carolla amassed a loyal fan base that he rallied this summer to raise over $1.4 million for his forthcoming directorial debut, Road Hard.

“I spent over a decade doing mindless donkey work. Now I’m overcompensating and trying to make up for all that lost time,” Carolla said of his unrelenting ambition.

Considering Carolla’s impressive media empire, could there be anything left on his bucket list?

“I’d like to start a bucket company—no, a line of signature, high-end buckets. Beautiful oak buckets with beautiful rope handles,” Carolla answered, deadpan. Given the breadth of his talents, it doesn’t seem that far out of the realm of possibility. The man once taught himself to ride a unicycle, after all.

As many of his fans are college-aged, Carolla offers this advice to those newly entering the workforce: Use setbacks as learning experiences and be realistic about your abilities. Just because you have your heart set on a certain profession doesn’t mean you’re qualified to do it.

“There’s a lot of people who are untalented hacks,” Carolla said regarding those aspiring to work in show biz. “They want to produce, they want to direct, they want to write. Well, you know what? They’re not any good. And thus, they’re going to have a very hard time making a living because they suck.”

While Carolla uses his no-holds-barred humor to address polarizing topics like affirmative action, police presence, and gay marriage, he made it clear that he doesn’t see his comedy as a vehicle for social change.

And though most of Carolla’s podcast episodes skew pessimistic and focus on his pet peeves, the married father of twins doesn’t really hate everything on Earth.

“The focus on the stuff that drives you nuts is comedy,” Carolla said. “As long as we got iTunes, iPhones, and professional football, I’ll be happy.”

Originally published on Vita.mn in Sept. 2013.