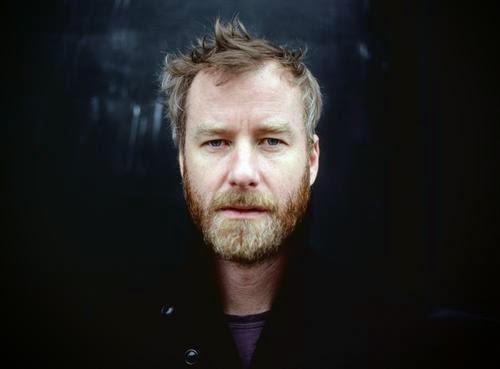 “I’ve found my way into a rock band without actually ever learning to play an instrument,” Matt Berninger, the 42-year-old frontman of the National, said with a chuckle by phone last week. “In a weird way, it’s part of the chemistry of how the National works.”

A real-life band of brothers (Berninger’s backers are siblings Scott and Bryan Devendorf and twins Aaron and Bryce Dessner), the indie-rock quintet from Cincinnati took the long road to fame. The National’s self-titled debut was released in 2001, but it wasn’t until 2005’s “Alligator” that critics started paying attention. Subsequent albums “Boxer” (2007) and “High Violet” (2010) catapulted the band — which visits Roy Wilkins on Tuesday — onto the charts and into sold-out venues.

The National’s sixth LP, “Trouble Will Find Me,” was released in May on 4AD (a division of Beggars Group, which Berninger called “the biggest label in the world because of Adele”). The album received massive critical acclaim, peaking at No. 3 on the Billboard 200 chart.

While the details in Berninger’s lyrics are mostly fictional, he said the morose emotions that saturate “Trouble” are autobiographical. Sentimentality and melodrama are nothing new in the National’s catalog, but these 13 songs are especially ripe with reproach, regret and resignation.

“A lot of the songs on this record flirt with different ideas of mortality and that was coming from a very, very real place,” Berninger explained, likening the album to a blurry collage. “I’ve been thinking about existence and future non-existence. A lot of it is just cathartic digging into the things that cause a certain amount of anxiety and making something beautiful out of that stuff, whether it’s social anxiety or nervousness about death or fatherhood or how to be a good person.”

The album may also mark the first time Berninger has openly acknowledged that his songs are inspired by real people. Berninger describes “I Need My Girl” as a simple, sentimental ballad about missing his wife and 4-year-old daughter while on tour. “I Should Live in Salt,” with its “You should know me better than that” refrain, is about his brother, Tom.

The theme of brotherly love — or lack thereof — is further explored in Tom’s new documentary, “Mistaken for Strangers.” The film, which spanned eight months of the National’s “High Violet” tour, is less of a behind-the-scenes look at a band rising to stardom than a meditation on sibling rivalry.

While Matt thought the footage would be used for a music video or “silly clips” on the group’s website, Matt’s wife encouraged Tom to dig deeper. “That stuff that was kind of uncomfortable … told the most interesting stories,” Berninger said.

“Mistaken for Strangers” went on to open the Tribeca Film Festival in April and has earned praise from Rolling Stone, Variety and Pitchfork.

“It turned into something much, much bigger, much more interesting, and much more beautiful than I had ever really dreamed,” Berninger said of his brother’s endeavor. The entire band was blown away when they saw the final cut, he said, adding, “It was one of the most interesting and important creative things I’ve ever been involved in and I’m really grateful the movie existed.”

While Berninger is reluctant to “dig into my family too much” in his music, he said fatherhood has changed his perspective on career success and how others perceive the National.

“It’s made me less guarded and less worried about what the image of a band is [or] whether the songs I’m writing are cool. It made me realize that the band is not the most important thing, so I’m OK to take weird chances.”

As for mistakes? Berninger doesn’t seem to believe in them. As evidenced in “This Is the Last Time,” a song about vicious cycles, Berninger said, “If you keep coming back to it, maybe it’s not a mistake.”

Originally published on Vita.mn in Aug. 2013.