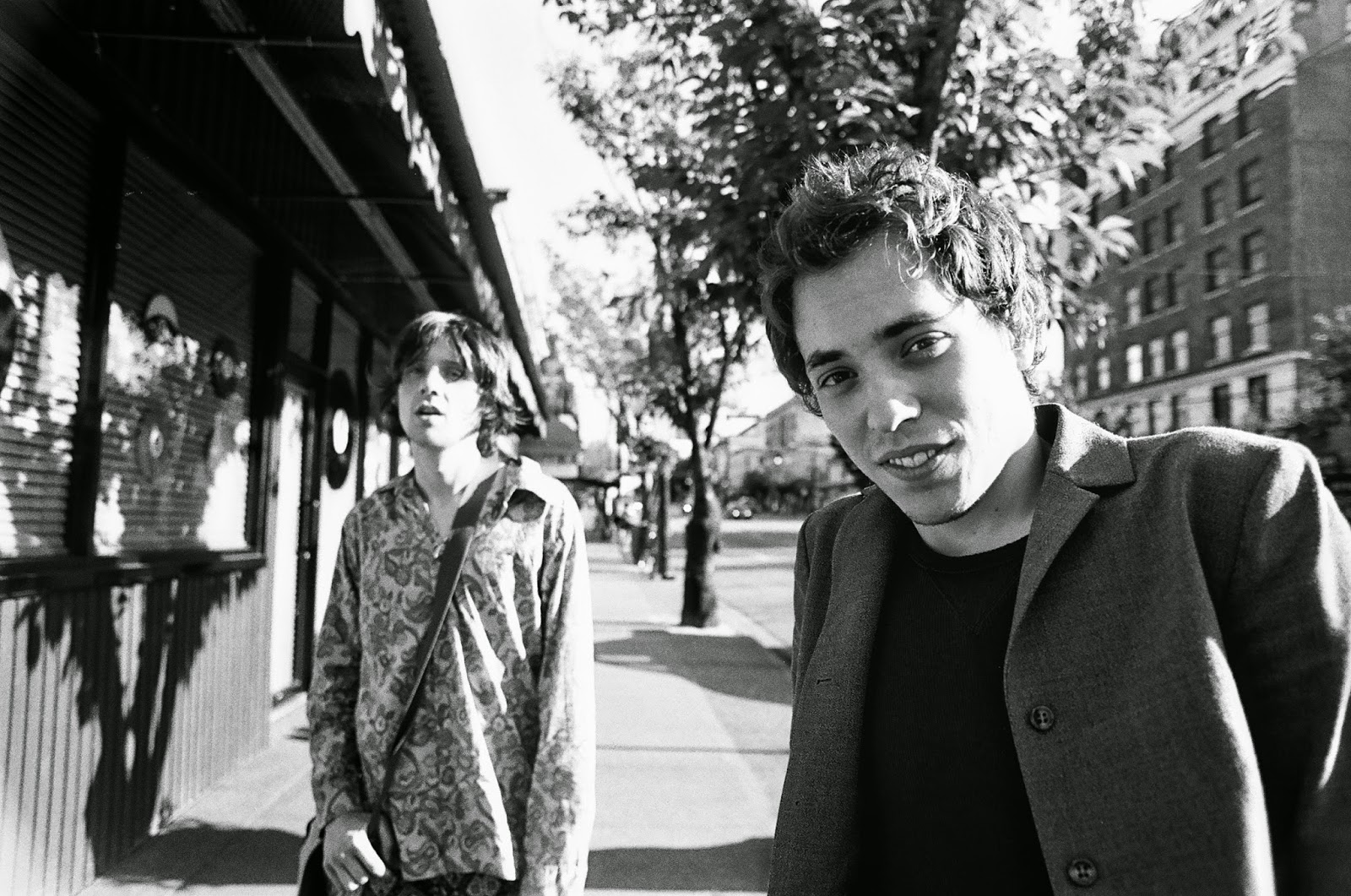 “We’re like brothers. We fight a lot,” Jonathan Rado said of his bandmate, Sam France.

You may not recognize those names, but you’ve probably heard of their band Foxygen, the precocious duo that’s hypnotizing the indie music world with its psychedelic, chillwave sound. Both 22, the bred singer-songwriters — who headline on Monday — embody Bowie, the Velvet Underground, the Rolling Stones and Bob Dylan — depending on which track you’re listening to.

Originally discovered by Richard Swift and later signed to Jagjaguwar records, Foxygen released their debut full-length, “Jurrassic Exxplosion Philippic,” in 2007. “We Are the 21st Century Ambassadors of Peace & Magic,” the band’s eclectic and infectious third album, dropped in January.

Since then, the unkempt yet oddly endearing fooligans have appeared everywhere, whether it’s dropping F-bombs galore in interviews or stealing an apple from a street vendor during their La Blogothèque appearance. When performing, frontman evokes a wigged-out Iggy Pop, complete with eyeliner, while guitarist/keyboardist Rado comes off more grounded.

“We are trying to do things differently,” Rado said in a recent phone interview. “We have no interest in being a modern buzz band.”

The ’60s-and-’70s adoring Rado added that he loves a lot of modern bands, contradicting a Pitchfork interview earlier this year where he claimed to not “even know any new bands.” Both France and Rado have been blunt about their disillusionment with the current music scene

Foxygen, however, is operating within the standard buzz-band channels, having already hit the CMJ Music Marathon last fall and South by Southwest in March. Though Rado pays rent on a pad in , he isn’t there very often. Asked what the biggest sacrifice his overnight success has cost him is, Rado said unequivocally, “having a home.”

Foxygen’s strenuous touring schedule took a toll this spring, when they canceled several European shows. Rado said the two-month stretch of gigs leading up to the canceled dates put the future of the band in serious jeopardy.

“We were questioning whether we wanted to go on,” he said. “[So] Sam and I went back to working on our new album. We work the best when recording, so we took time to get back to what creatively energizes us.”

Recharged and back onstage, Rado, who has criticized bands in the past for “staring at their fucking pedals,” claimed spontaneity is the key to a kick-ass Foxygen set.

“Our live shows are very exciting and energetic. We have a set list, but, for better or worse, we don’t know what we’re going to say or what’s going to happen,” he said, admitting that the off-the-cuff approach has backfired.

Internet backlash to his band’s light-switch success is something Rado is keenly aware of, but it doesn’t seem to faze him.

“I’ve never been hurt by anything,” he boasted. “Some things are even funny, like the ‘Foxygen, they suck’ stuff. I’m sure all 26 of your followers loved that tweet. The Internet is a pathetic vessel for people to hate whatever.”

Rado also isn’t concerned about the oft-fleeting life spans of contemporary indie acts. He keeps busy outside of Foxygen and has a debut solo album, “Law & Order,” due in September. But should, for whatever reason, Foxygen end tomorrow, the film school dropout has nonmusical aspirations.

“I’ve always wanted to work in a parking garage,” he reported, without a hint of sarcasm. “Late at night, in that little booth, watching television. That would be my career. Or a cross-country truck-driver.”

Informed that he appears to be drawn to solitary professions, Rado laughed dryly.