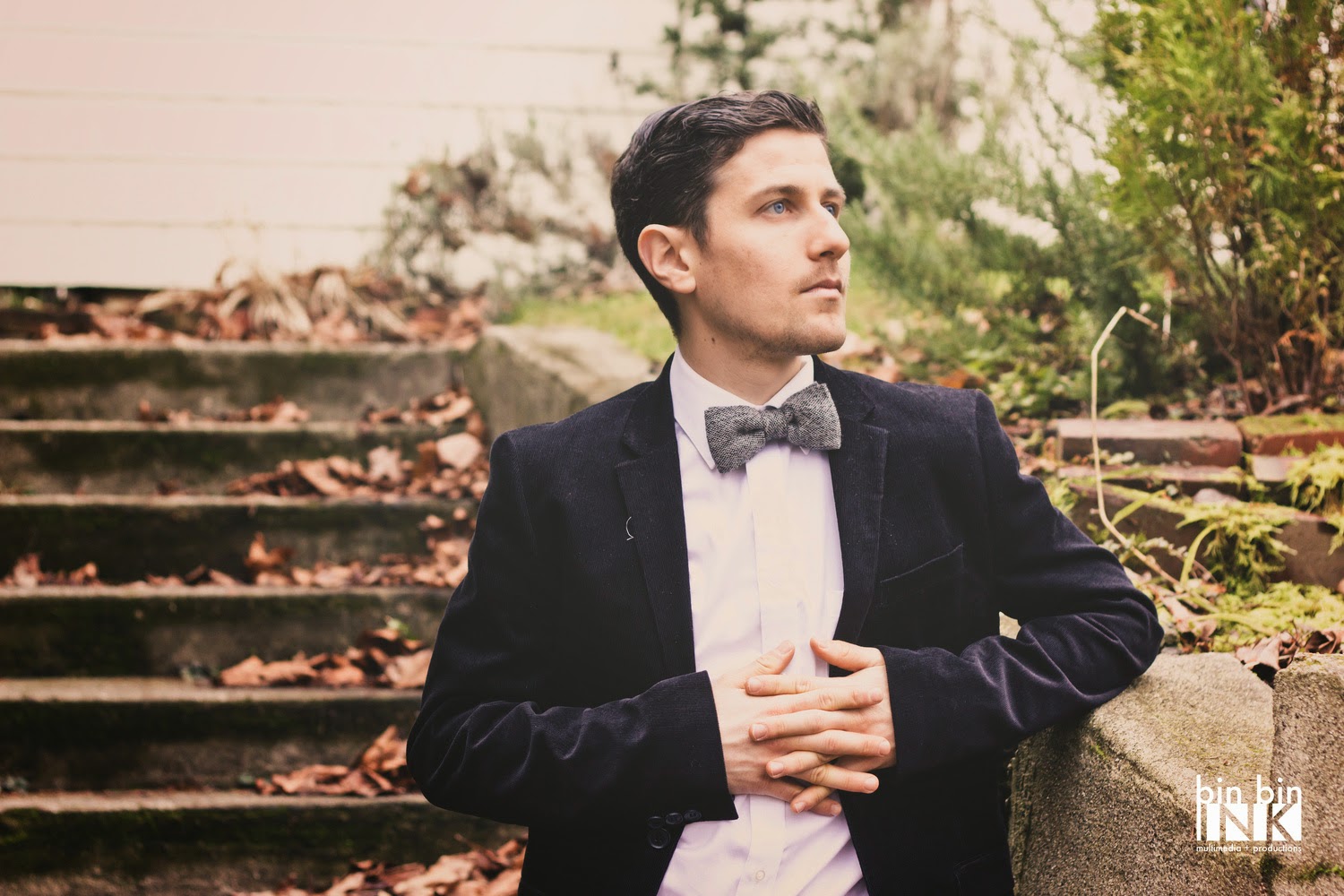 Born in and based in , Budo has been the right-hand-man of the best in the hip-hop biz. He produced Macklemore's first record, The Language of My World, has collaborated with Minnesotan rappers Brother Ali and M.anifest, and recorded and toured in support of Grieves’ Together/Apart.

Now it’s Budo’s time to shine. The artist known offstage as Josh Karp will release his sophomore effort The Finger and the Moon this fall. The studious trumpeter is currently on tour, playing his own horns, guitar, and keys in his live shows, while still staying true to his beat-making roots.

Q: The three definitions of Budo online are a Japanese martial art, a G.I. Joe character, and a Miles Davis jazz compilation. Were any of those inspirations for your name?

A: G.I. Joe. [Long pause] I’m being an asshole. [Laughs] It was my favorite Miles Davis song. Around 2004, 2005, I was making an album and realized I needed a pseudonym or alter ego, and that’s what I chose. The Japanese martial arts connotation was an unintended byproduct. I get tweets all the time about things I am not in a position to respond to.

Q: Did you decide to tour before the release of The Finger and the Moon to test out the songs or is the album already wrapped up and ready to go?

A: It’s a living and breathing thing right now. I’ve been playing shows to get live audience feedback and using that as an opportunity to see what works and what doesn’t. The audience gets to be a part of the process.

Q: How can you tell when something isn’t working or when you’ve really got something?

A: It’s an energy thing. I can sense when the crowd is engaged. It’s not necessarily jumping up and down; it’s a connection. You can feel it when it’s there and even more so when it’s not. I’ve been trusting in that instinct.

Q: Your previous album, One Bird On A Wire, was mostly instrumental. What made you want to add lyrics to The Finger and the Moon?

A: About a year ago, I lost myself in a studio and embarked on an exploration of “What would happen if I gave myself the freedom to make the music I want?” After a clearing of the pipes, I worked out the kinks, went in some directions that worked and others that didn’t, and out of that came verses. When the songs took shape, they had words. I didn’t sit down with the intention of making the music that I did; I was open and this is what rose out of that.

Q: You’ve said previously that your music is about “tension and release.” How is that different in your solo process than from what you experienced collaborating in the past with other musicians? Does your solo work feel more cathartic?

A: It’s just different. There’s catharsis in all of it. There’s joy in all of it. I make music to express things and feel good. It’s therapy in a lot of ways. In solo work, I’m not bound to certain structures like verse, chorus, verse, chorus. These songs do have that, but they also have side-cuts and short-cuts, they go in one direction, get really big, and come back to the beginning. It’s circuital. I go where the energy of the song takes me.

Q: You recently released a remix of James Blake’s “Retrograde.” Do you have other songs on your “Must Remix” list?

A: [Laughs] Yes, about 300 to 400 songs. Remixing is interesting because you don’t want to make a cover. You want to use the song to create something totally different. There are a lot of songs I love that I would never, ever remix, because they’re perfect. In the case of “Retrograde,” certain elements jumped out at me and I wanted to expand on them. I was in the mixing phase of the record [The Finger and the Moon] and I was feeling flat. Remixing “Retrograde” was like a writing exercise to spark creativity. It began as an experiment and I fleshed it out and finished it. It helped me approach my work in a different way. [Pause] How’s that for not answering your question?

Q: No, that was great. My follow-up question was going to be about what kind of song lends itself to remixing, so you already answered it.

Q: You recently tweeted “Yeezus owes more than a little to @therealelp and @YEAHRIGHTPOS.” Would you care to explain?


A: There’s an industrial intensity to that record that’s been heard in El-P’s work since Company Flow. It’s not a new sound. P.O.S., Doomtree, and Lazerbeak have been honing, perfecting, and polishing it for a long time. In that interview in the New York Times, Kanye compared himself to Steve Jobs. And what that comparison is about is that Apple is known for is taking a risk and repackaging it for the masses. Kanye takes existing sounds—sounds that are on the fringe, but still already existed—and he becomes a conduit for these other things that didn’t have a platform. Because, come on, people pay attention to Kanye. That’s not to knock him. The production on Yeezus is amazing. But that sound wasn’t generated in some spaceship that Kanye flies around in. It comes from somewhere. And I think it’s important to acknowledge the lineage of things.