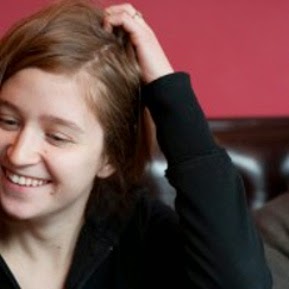 Hometown grunge band Zoo Animal is one of the tightest acts in the Twin Cities. At the helm is Holly Hansen (formerly Holly Newsom), who tempts audiences with soft opening chords only to later unleash feisty guitar riffs and raw energy. Hansen’s lyrics are tender, tough, and occasionally tinged with rage.

With new members Justin Korhonen (drums), Noah Paster (bass) and Matt Latterell (guitar), Zoo Animal is reinventing itself in more ways than one. The group recently recruited Alan Sparhawk (of Low) to assist in the recording of their forthcoming album, and while there is no release date yet and Hansen is mum on the title, she was more than willing to open up about other details of a modern musician’s life.

Q: Your last album was called Departure. What were you departing from?

A: I had an exodus of bandmates [Tim Abramson and Thom Burton] and my sound was way different without them. I was going through a lot of change. In many ways, I felt like I was leaving.

Q: You recently posted online the lyrics for Zoo Animal’s last album Departure. Is there a reason why you waited so long? Were you hesitant to share them?

A: Those were the most personal lyrics I’ve ever written. I needed to keep them in a space by myself for a while. Songs go through a cycle where they’re yours and then they go on to be everyone else’s. I wanted people to know what the lyrics were since I tend to mumble so bad.

Q: What is the most rewarding part of making music for you?

A: When I feel like I’ve made a difference. Music is a form of communication and connecting for me. I think connection is a source of happiness for humanity. Even in the case of Departure, which was not an uplifting record, I felt like I reached out. Sometimes connecting means going to the sadness and purging it.

Q: What is the most challenging part?

A: Only being able to give it so much time is a constant frustration of mine.

Q: Does your day job influence your music at all?

A: Everything I do influences my music. I’m inspired by life and that comes out through my music. I have what most people would call a “boring job,” as a secretary, but it allows me my own thought time. I can write, read, and do the business side of music at the same time. Logistically, the job helps me, but it’s not a great source of artistic inspiration.

Q: Do you have plans to make a more elaborate music video with the new material?

A: I am always kicking around ideas for music videos. Since someone else is doing the visual, it adds another interpretation to the songs. It makes the music more universal.

Q: Tell us about the upcoming 65 Roses show. Is cystic fibrosis a cause dear to you?

A: I have not had personal experience with it but Charlie Hopper, who is organizing it, e-mailed me and I was touched by the concept of it. I want to do more events like that, where it’s not just us showing off but there’s a cause or a reason. It’s more fun when it’s not about you, when you are part of something. I like shows that are more friendly to everyone; there will be kids’ activities. It’s a day of fun stuff.

Q: You recently went back to using your birth name. Would you care to discuss the circumstances that led to that decision?

Q: So…are you on the market?

Originally published on Vita.mn in June 2013.