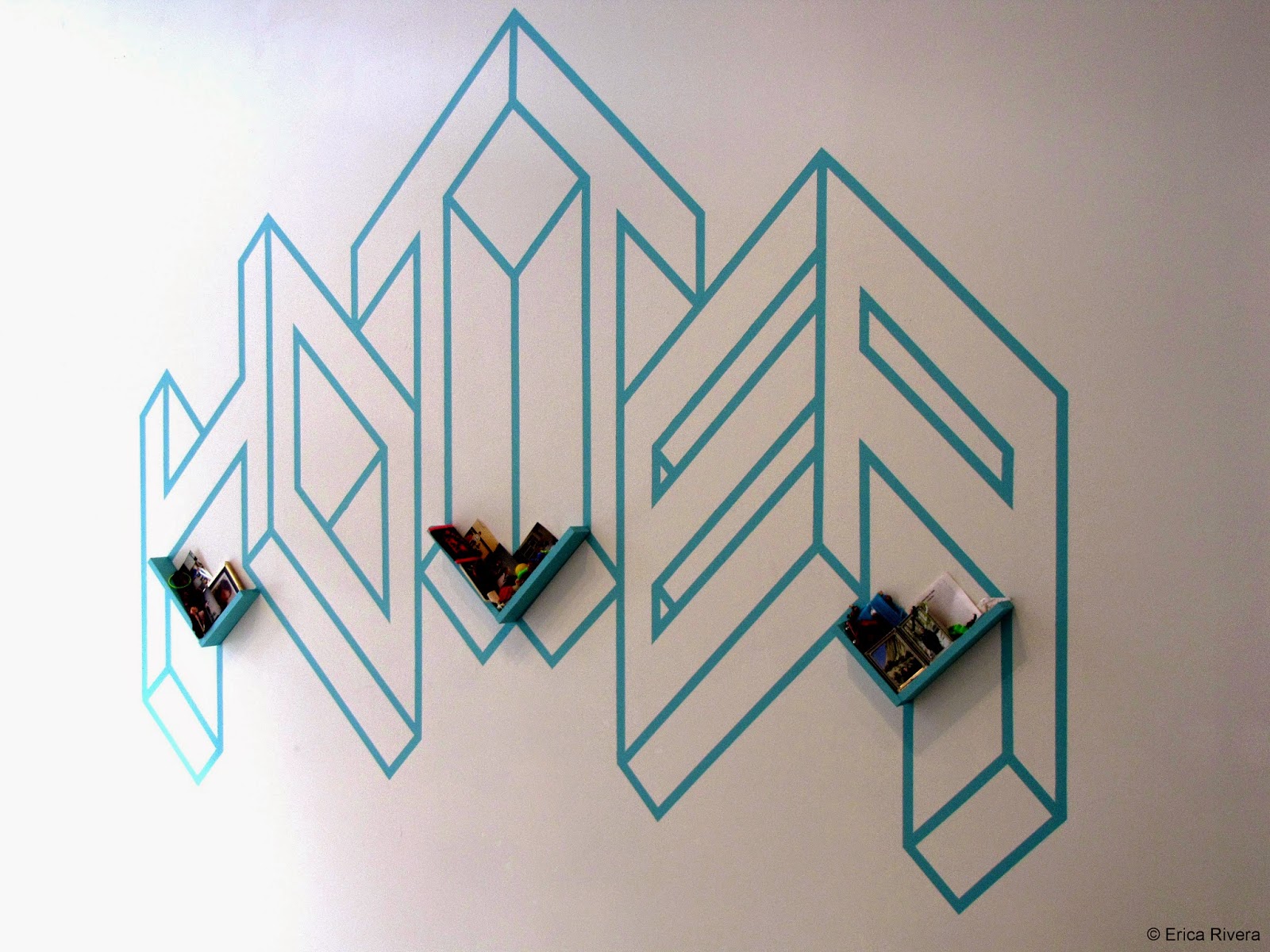 Eric Rieger, a graduate of MCAD whose installations have taken him across the globe, has finally returned to for “Inner Workings,” his first solo show. Rieger’s focus for this exhibition was inward, and the result is a stark collection of self-portraits that combine yarn, paint, and soft sculpture.

This personal examination is new territory for the twenty-something street artist. Years ago, after an ugly run-in with taser-toting police, Rieger abandoned graffiti. His late grandmother, a Spanish-speaker, taught him how to knit, and yarn served as a way to bridge a language barrier between the two. The non-destructive nature and impermanence of yarn bombing merged seamlessly with HOTTEA’s ideals, and he soon embarked on a spree around the Twin Cities, adorning grim urban fences and lampposts, often spelling out HOTTEA.

Rieger has since expanded his HOTTEA alter ego into a bona fide artist. The first set of self-portraits on display in the Burnet Gallery feature stripes of bright yarn transposed with iconic paintings of Raggedy Ann cradling an infant, then an adolescent. These pieces were respectively bookmarked by candelabras and pitchforks. The style of the infant print is particularly reminiscent of a prayer card, perhaps a nod to the La Virgen de Guadalupe and Rieger’s Hispanic ancestry.

The second set of self portraits speaks to the themes of dichotomy and duplicity. Black yarn strung on nails over white backing creates the shape of Rieger’s face, fingers pressed to cheeks. One of the faces is right side up; on the opposite side of the room, the face is upside down. On either side of these portraits are two life-sized soft sculpture men; both clothed in white hoodies, 501 jeans, Van sneakers, and orange ski masks. One climbs the side of a portrait while the other seemingly slides down the opposite end. The proverbial push-pull figures are connected by thick, colorful threads.

Rieger has also adorned one wall with the HOTTEA moniker in baby blue paint, interspersed with what appear to be mini altars. A friendship bracelet, a tiny Mead notebook, a ticket stub, Dum Dum suckers, a Hot Wheels car, and a framed picture of his grandmother are just some of the items scattered across the crooked shelves.

“Inner Workings” is both an introspective and reflective show. While Rieger reveals himself to art lovers as never before, he also exercises extreme restraint. No detail is extraneous; no demons are on display. The altars are the only chaotic element of the installation, and even those are contained to tiny spaces in comparison with the looming self-portraits. HOTTEA’s work is exact, pristine, and one feels that we’ve barely scratched the surface of this emerging artist.