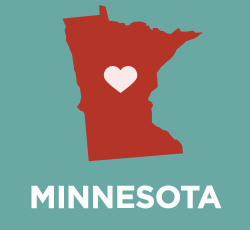 Following the signing of the Freedom to Marry bill on Tuesday, supporters of all ages made their way to in downtown for a celebratory concert, many stopping at the to kiss and pose for pictures amongst rainbow flags.

Hookers $ Blow (who frontman Adam Levy politely referred to as “H and B”) set the mood for the festivities with a slew of baby-making cover songs and soul jams, leaving the crowd peppy and sweaty from dancing in the 90-degree weather.

“We are available for same sex weddings at a chapel near you!” vocalist George Scot McKelvey announced to the crowd before H $ B left the stage.

Zoo Animal followed, and Holly Newsom brought her wicked guitar skills and trademark intensity, ramping each tune up from subtle to sweltering in under three minutes.

“There’s no ‘us’ versus ‘them.’ We're all just people,” Newsom said before launching into a blistering rendition of “Folded Hands.”

Between acts, DJ Jake Rudh blasted a playlist tailored to sweethearts, including songs like Macklemore’s “Same Love” and “Chapel of Love” by the Dixie Cups. There were also several speakers who shared what ’s decision to legalize same sex marriage meant to them on a personal level.

Base-thumping house beats announced the arrival of rapper P.O.S., for whom the crowd was pumped and busting out their best moves.

“It’s a good thing there’s a barricade to protect you all from me,” he teased.

Soon P.O.S.’s smile faded and the seriousness of his lyrics about disenchantment, anarchy and dissent hammered the crowd.

“I wish the best for 90 percent of people,” P.O.S. said, calling the remaining percentage of the population “mean” and reminding everyone that there is still plenty of work to be done when it comes to equality. Before the rhetoric turned too heavy, however, his right-hand-man DJ Fundo cued up the infectious “Get Down” intro and hands swarmed the air.

The Jack Brass Band made an admirable effort to keep the crowd uplifted with its hip-swiveling sounds and mostly instrumental entertainment. The Twin Cities Gay Men’s Chorus followed, barely squeezing 100 members onto the stage, their luminous sound wafting over the city.

Before the closing act, Mayor Chris Coleman took the mic to say, “I have never been more proud of than I am today.”

By the end of the night, when The Suburbs’ Chan Poling belted out “Love is the Law” in his signature growl, it was evident that Minnesotans had been waiting for this moment for a long time. The audience for the Freedom to Marry concert was as diverse as the lineup and the vibe was one of convivial relief. Couples danced in the streets and groups of friends sang along with one another.

There was nary a naysayer in sight—just the sound of celebration.