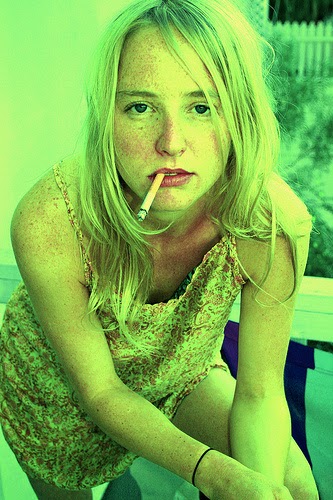 Lissie (the stage name of Elisabeth Maurus) is the one-name wonder who wooed indie music listeners when her EP Why You Runnin’ dropped in 2009 on Fat Possum Records. While the songs that originally caught the world’s attention were folk-centric and wrought with precocious writing, Lissie later went the way of radio-ready, heavily produced tunes on her first full-length, Catching A Tiger. While country music lovers may have been disappointed, mainstream media didn’t mind—the album garnered Lissie Paste Magazine’s No. 1 Best New Solo Artist of 2010 title.

The alluring rebel who once was kicked out of high school is now raring to release fresh material this summer. We asked Lissie about her much-anticipated new album, her hobbies offstage, and the main male in her life.

Q: Your new single, “Shameless,” speaks to the pitfalls of celebrity. How has being in the public eye over the past several years changed you?

A: I have seen and heard of people doing anything to "make it" and it just seemed like such a shame to me. I work hard on my craft and feel that I have this talent which at times is no match for the ruthless and clever who make a name for themselves. I sound really bitter! But I'm not. I know that I am on my own unique path. I hope I can achieve that balance to be a happy, simple person with varied interests who also sells lots of records and has well attended concerts.

Q: What kind of sound can listeners anticipate on your new album? Will it be more pop-rock oriented or will there be some folk/country influences, too?

A: The new album, which I am so totally stoked to share, is pretty consistently rock and dare I say, pop! The folk/country element to my musical style isn't in this new body of work as much.  It comes out in a vocal inflection here and there but I was shooting for a more cohesive album than "Catching a Tiger" was.  I feel like I can always pick up an acoustic guitar and sing a folk song but that's not my focus right now.

Q: Fans love the raspy nature of your voice. Are you worried that you will lose that if/when you quit smoking?

A: I have been smoking since I was 17 and smoke about 10 cigs a day.  I know it's not something that I can do for much longer. I am probably a bit in denial and defensive about how bad it is! I exercise and steam my vocal chords, humidify, and drink lots of throat coat tea. I had a raspy voice as a kid so I'm not sure if it'd change the tone or not.

Q: How do you stay balanced and happy during what must be rigorous touring schedules?

A: It's hard ‘cause I get out for a show here and there and I'm so excited that I'll push my voice really hard and it tires quickly.  I have been on a kick the last month or so to be really fit and mindful of my voice and overall stamina.  I have prepared a "health kit" that's got a kettle and humidifier, lots of tea, specials herbs, and a little blender so I can make nutritious smoothies.

Q: What is your philosophy on food? Are you into the farm-to-table movement?

A: Growing up in I was a vegetarian and the options for "health" food were limited.  It has changed so much in the last five to ten years. I try to eat really well. In theory I would stay away from anything processed and avoid GMOs and foods grown with chemicals, but if I'm honest, I "eat my feelings" and have trouble not binging on crap from time to time.

Q: You have an adorable Lhasa Apso named Byron. How did he come into your life? What is his personality like?

A: Byron is my sun and moon and stars! I had no idea I wanted a dog but I had to save this dog from the creepy puppy store. I ended up getting kicked out of my apartment for it. Byron is so smart and sassy.  He is endlessly entertaining and really sweet.

Q: You posted a picture of yourself learning French on Instagram. How are you planning to use the language once you learn it?

A: If I'm in for shows, it's such a tease to only kind of communicate.  My plan is to do my Rosetta Stone and then attend an immersion French language course.  It's ambitious but an hour a day is totally doable, so I can't wuss out. I think it's just good for the brain to keep learning as an adult.

Originally published on Vita.mn in May 2013.