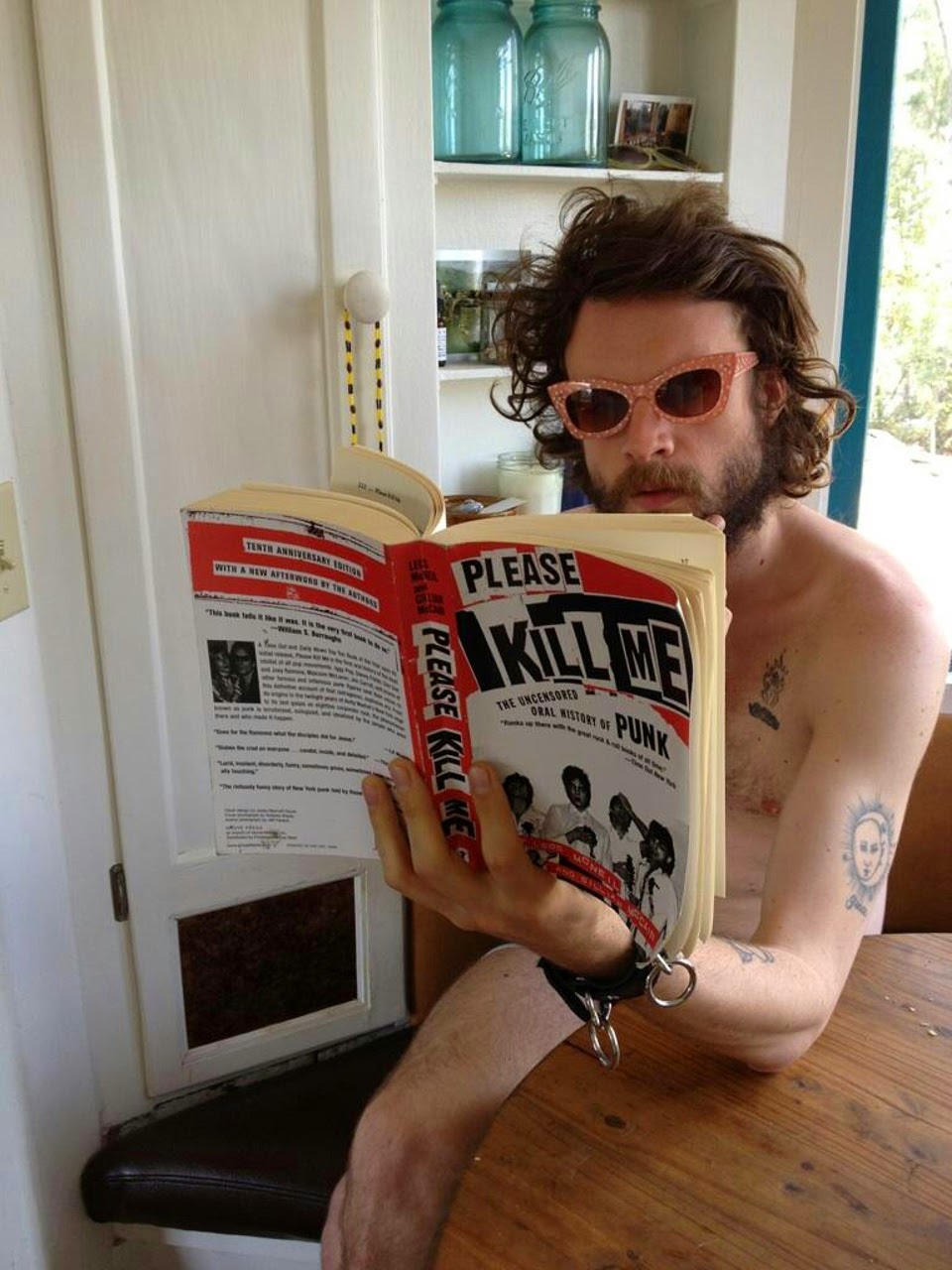 “I’m just sitting here in my underwear,” Father John Misty said as soon as he answered my call.

It was no surprise that the 32-year-old singer-songwriter conducted this interview nearly nude—raunch is what Misty’s all about. But it wasn’t always that way. Born Joshua Tillman to devout Christian parents, Misty initially had aspirations of becoming a man of the cloth.

“When I was very young I didn’t have any discernable skills. In school, I was always putting on a show, I was very talkative, and I knew how to bullshit. I thought those qualities would make me a good pastor,” he explained.

That “dream” fell by the wayside when Misty learned to play drums and guitar by the age of 12. Over the next two decades, his career path would lead him to record seven albums as brooding J. Tillman, a process he described as “a dark and cathartic exercise.” He also drummed for indie band Fleet Floxes for four years, a role he tends to downplay.

In May 2012, J. Tillman officially transformed into Father John Misty and released a debut album, Fear Fun, under that moniker. A smorgasbord of psychedelic sounds from fuzzed out indie rock to Laurel Canyon country, the collection Pitchfork described as “kaleidoscopic” also included an aural example of art imitating life on the John Lennon-esque track “Writing A Novel.” Misty did indeed write a novel—his first and possibly only tome—which is included with the album on two broadsheets.

“Part of what writing a novel solidified for me is that I only want to write songs and it informed the way I have to write them. [In the novel] I gave myself permission to be funny, to be long-winded, to be absurd, to be verbose. I had never allowed myself to use those parts of me in song writing before.”

When asked how he reconciles the saintly and the sinful sides of himself (a contradiction clearly played out on his NSFW Tumblr, where pictures of priests and bestiality co-exist) Misty’s answer got lost behind a maze of verbiage.

“It’s about iconography and symbol-making…a Jungian thing. I’m bringing attention to the arbitrary nature of symbols. People don’t do that enough. I assign my own meaning to words to cultivate optimism. It’s also a way for me to be mischievous.”

Far-out philosophies aside, the self-proclaimed “old pervert Father John Misty” guise is said to be the most authentic one this musician has ever worn. Critics might wonder, however, if the provocative persona reeks of a clichéd storyline: boy rebels against religious upbringing by becoming a lewd celebrity.

When asked what his parents think of his career, the charisma in Misty’s voice flatlined.

While Misty was tight-lipped on family affairs, he was more than happy to discuss his use of mushrooms.

“I have been portrayed as a partier, but that’s not the whole story. It’s not like I take a bunch of mushrooms and write. My personal experience is that in that state, I have a very distinct realization of myself. It’s a state where my fear and distortions fall for a moment. To experience that sense of wonder is healthy, whether you are a songwriter or not.”

The softer side of Misty seemed to emerge when the topic turned to “Nancy From Now On,” a titillating song that opens with the lines “Pour me another drink / And punch me in the face / You can call me Nancy.” The music video depicts a night of pseudo pornographic sex and booze-fueled flirtation—until the final scene, when Misty returns home to cuddle in bed with his real-life fiancée Emma Elizabeth Garr, a filmmaker and photographer.

“Part of the video was an excuse to throw on S&M gear and play around,” Misty said. “It’s also an exploration of being newly in love with someone and the vulnerability you feel when that happens. When you’re alone, you’re not at the mercy of wanting to love and be loved, or wanting approval, or maintaining your dignity.”

Ironically, Misty seems to maintain more dignity under his current, if controversial, alter ego than he ever did as the demure and depressed J. Tillman.

“After I wrote this really weird thing,” Misty said, referring to his novel, “I couldn’t go back. It was a moment of personal revelation.”

Originally published in Vita.mn in May of 2013.