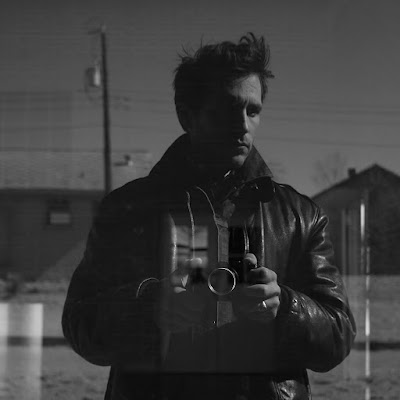 Originally from Montreal, Jesse Marchant (the man behind the musical moniker JBM) is a lesser known gem of the Indie music scene. As the opener for both of Cloud Cult’s sold-out shows at on April 27 and 28, he is sure to wow concert-goers with his sparse, yet breathtakingly beautiful, style. Classically trained in guitar since childhood, JBM’s debut album “Not Even In July” was released on Partisan Records in 2010, followed two years later by his sophomore effort “Stray Ashes.” JBM, who bounces between both coasts, recently performed at SXSW and has shared bills with the likes of Alt-J and Solid Gold.

We spoke to JBM about his stripped-down sound, the “you” he sings to, and his social media aversion.

Q: Where did the title “Stray Ashes” come from? Does it refer to the circumstances that inspired the album?

A: In a poetic, subconscious way, it does. In an abstract way, it symbolizes the thorough-line of the album.

Q: What listeners seem to appreciate about your music is its purity; it doesn’t sound like it has been excessively enhanced or altered. Is that a conscious decision? Are you anti-auto-tune?

A: Not necessarily. I like all kinds of music, but something like auto-tune doesn’t fit well with what I do—or it hasn’t so far. I try to honor as best I can the songs that I write. I arrange them in a way that is simple and direct because it feels natural to me.

Q: Many of your songs are written in the second person; who is the “you” that you sing to? Is it one
person? Different people?

A: [Laughs] Good question. It’s often different people, though sometimes I have one person in mind. It’s a perplexing thing, because in some songs, it changes, and the “you” is actually me, and it spins around and around.

Q: On the track “,” you mention the name Annie. How do you decide whether or not to include a name? Do you ever use pseudonyms?

A: I don’t typically like including names, but sometimes I just can’t get away from it. If I do include one, I would use either [a real name or a pseudonym], though in this case, I don’t want to say more about the name or who it is.

Q: You are not an active user of social media. Is that because you are a private person?

A: I am pretty private, relative to people who do what I do. I’m not opposed to social media, but it was never something I gravitated towards. The music industry and fans expect that constant stream of information, so I tried it for a while but it didn’t fit well with what I do. I don’t like the idea of so much information consumed and then forgotten. I prefer expressing myself, privately, when I really have something meaningful to say, which is not every few minutes.

Q: How did you come to connect with Cloud Cult?

A: We were set up through our people. We’ve done a few shows together now and they’re really wonderful. I’m excited to come back to . I’ve played there several times.

Q: The shows you are playing at are sold-out. Do you get nervous in front of big crowds like that? Or does the size of the venue not affect you anymore?

A: It kind of doesn’t matter what size the venue is. The best case scenario is that everyone is quiet and listening, and it’s a collective high. The worst is when people are talking over you, and then it doesn’t matter if there are five people in the room or 500. But no, I don’t get nervous.

Originally published on Vita.mn in April 2013.