Dead Man Winter, a local outfit fronted by Dave Simonett of Trampled by Turtles, is a quaint and quirky combination of bluegrass, rock, roots, and Americana sounds. DMW’s debut album, Bright Lights, was released in 2011 and is packed with gritty, addictive tunes like “Nicotine” (Oh, the outside is shaking / Oh, the insides are breaking / And we drink to fall apart / But we are all fucked from the start).

While relatively new on the scene, DMW is quickly gaining cred with the in-crowd, as evidenced by their much-lauded performance at The Current’s 7th birthday party last weekend.

I spoke to Simonett on an unusually balmy afternoon in what should have been the dead of winter.

Erica Rivera: My first question is one you’ve probably answered several times before: where did the name Dead Man Winter come from?

Dave Simonett: I haven’t answered it before because I don’t have an answer. It just popped into my head. It’s probably from years of freezing in Duluth.

I figured it had something to do with the Minnesotan obsession with weather.
It probably did, but it was not conscious.

Is Dead Man Winter a continuation of, or a departure from, the music you were making with Trampled By Turtles?

For those who aren’t familiar with Duluth and its music scene, how does it compare to the scene in the Twin Cities?

I lived in Duluth for eight years and now I live in Minneapolis. There are more similarities than differences, though one difference is the size. Minneapolis has a wealth of musicians. The Duluth scene is smaller, but both have an open-mindedness about them as far as genre goes. You don’t find someone here or there who only goes out to see one kind of band. That’s in part because of you guys at KFAI, The Current, and Radio K. There are so many different styles of music being played and accepted. What’s also similar is the support between the musicians and with the media. It’s inclusive; it’s not clique-y, at least, not in my experience.

Outside of Minnesota, where have you felt most accepted?

That depends on what we’re talking about. Dead Man Winter hasn’t really gone anywhere. We went to Colorado and Alaska and that’s it. [Laughs.] It went over pretty well, though. With Trampled By Turtles, it was a lot easier, early on, in the Western states. Now we go to great places everywhere. I think we focus energy where we connect. We connected with Colorado early on and we kept going back, so we didn’t make it out to the East Coast right away.

Who are you excited to hear more from on the local scene?

I’m really digging Caroline Smith. We also just played The Current’s birthday party with Night Moves and I’d like to hear more from them.

When you’re not making music, what do you do to entertain yourself?

[Laughs.] That's a good question. What do I do for fun? I try to keep my one-year-old daughter from hurting herself. 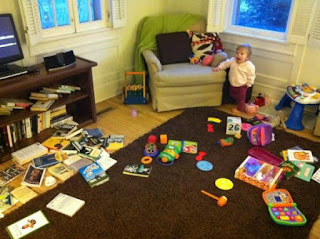 Originally published on KFAI's Live From Studio 5! blog in Feb. 2012.