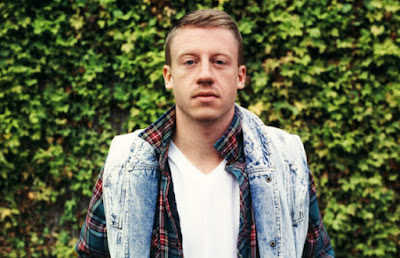 Macklemore, a hip hop artist from Seattle, has taken the nation by storm with his equally uplifting and unflinchingly honest lyrical style. On his albums, which include 2005's "The Language of My World" and 2009's "The Unplanned Mixtape," the man born as Ben Haggerty showcased his unique ability to craft personal songs that speak to universal experiences. Macklemore, never one to shy away from controversy, uses his music to explore race, politics, consumerism, addiction and any other loaded topic he can “rap” his mind around.

ER: Where did the name Macklemore come from?

M: It was given to me by three elderly women who lived by my house when I was growing up. I cut their grass on Wednesdays. They’d give me cookies and biscuits and oven pizzas and by 15 they started calling me Professor Macklemore. The name stuck and got around school and then I started rapping.

ER: Is Macklemore a persona? And if so, how is Ben different?
M: No, I try to be as much the same person as possible. My goal is to have no separation between the art I create and who I am. I’m as honest as I can be. If there is any difference, it’s that Macklemore—and here I am talking about myself in third person—is somewhat livelier onstage than Ben might be.

ER: When you sit down to write a song, who do you write for? Do you have a target audience in mind or is it more of a cathartic process for you?
M: I try not to think like that. I just write whatever I’m inspired to write. And even when I’m not inspired, I write through it. When I write, I don’t have any expectation of what kind of song it will become or who it might reach. As it gets more developed, that might come into play, but I try to fight that. I try not to direct myself. I think the best songs are written that way.

ER: A lot of your shows are all ages; is making your music accessible in that way important to you?
M: Most of my shows are all ages and it’s definitely important. I also have a younger fan base—ages 25 to 35. Of course there are some younger and some older, but the majority are in that age range. I think music should be experienced by people all ages. I understand that clubs need to make money and they do it by selling alcohol, but the shows I went to in high school shaped my way of thinking and everyone should be allowed to experience that. The energy at all ages shows is just great. The kids are super enthusiastic because they haven’t been seeing live shows for 15 years. For many of them, it’s one of their first concerts. The energy is contagious.

ER: Tell me about the process of sampling. What factors determine which songs you use in your music?
M: Sampling contemporary artists was the concept behind the “Versus” EP. Who we sampled was up to Ryan (Lewis); he chose a lot of indie rock music that I had never heard before and picked the best loops. The new album we’re working on is sample-free. Ryan’s doing a lot of instrumentation on it.

ER: Does Ryan always do the music while you focus on lyrics? Do you ever switch roles?

M: We have a hand in each other’s production. I write raps and I’ll spit them for him and he’ll tell me what he does and doesn’t like. Then he’ll bring me his stuff and I’ll do the same. I’ll tell him “I like those drums” or “I like that melody.” It’s a constant collaboration and a joint effort.

ER: As much as you’re comfortable, would you share how making music helped you overcome addiction?

M: Music was an easy way to gauge what drugs and alcohol could do to the creative process. I became aware at a very young age of the effects it had on my music. That was my main passion, always has been, and it was obvious by the time I was 16 that there was a direct correlation between addiction and how deep I could go creatively. Addiction made it very difficult to write from the heart. So music gave me that gauge and it gave me a higher purpose. It was the positive momentum to keep sober.

ER: Do you think music should be included in treatment programs for addiction?

M: Of course. Counselors do use it; my counselor’s curriculum included playing music. Music is therapy. Music moves people. It connects people in ways that no other medium can. It pulls heart strings. It acts as medicine.

ER: Is it true that you are now addicted to shoes?
M: [Sighs] Yes. Yes.

ER: How many pairs are we talking here?

M: Oh…I don’t know…40 to 50 pairs? I should get rid of some of them. There’s peer pressure from my girlfriend. The closet is kind of overflowing.

ER: And yet your song, “Wings,” is all about the perils of consumerism.

M: I think that song came from the overflowing closet! It was about examining my need to get more and more and more. “Wings” was about me digging deeper and figuring out what am I trying to achieve by buying all these shoes? Why do I feel like I have to go shopping and buy a new pair every few weeks? How does that process affect me? What is it about that serotonin rush?

M: [Laughs] I do have hats but I don’t really wear them anymore.

M: I got a haircut I really like. I didn’t like the hair before, so I wore hats. Now that I like the hair, I’m not wearing hats. I’m wearing the haircut.