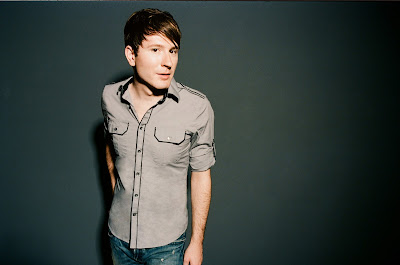 Owl City is the electro-synth-pop project of Adam Young. Raised in Owatonna, this Minnesotan musician shot to fame with 2009’s hit single “Fireflies.” Now, at age 24, Young has proven himself capable of more than one-hit-wonder status with three major label albums and extensive international touring under his belt.
I talked with Young in anticipation of his free performance, exclusively for college students, at the University of Minnesota’s Field House.

Your bedroom and your basement come up a lot in interviews. Does that weird you out? Are there any other rooms of your house that deserve a shout-out?

Adam Young: [Laughs] It does come up a lot. The funny thing is that my bedroom was in my parent’s basement and that’s where I was banished from the time I was 16, 17, 18. There was only one room in the unfinished basement. Now I have my own place but I still work, sleep and live in the basement. The studio is basically taking over this big house. The rooms are like my children and I’m the parent.

What’s the most surreal experience you’ve had as a result of your fame? Is there a particular pinch-me moment that stands out most in your memory?

AY: Yeah, the first time I flew out of the country, it was to Hong Kong, China. I was halfway through the show and I had this moment where it hit me that here I was, nobody from nowhere, and these people who lived a million miles away from me, who probably didn’t even speak English, knew all the words to my songs. I get goosebumps just thinking about it.

When you go onstage now and see the enormity of the response to your music, do you still get the rush or have you come to expect it?

AY: I still get the rush. The rush and butterflies. If either went away, I think the magic would stop. Despite the inevitable, mundane, routine that is part of touring—because touring is a repetitive thing, you’re doing the same thing night after night—I try to take time to recognize what an incredible blessing this is. I think of it as I get to do music; I don’t have to do it as a job.

Do you have a rider on your contract? What’s on it?

AY: Yeah, we do. It’s typical, boring stuff…a lot of hummus. Tortilla chips. Mild salsa. I’m not hard core with the hot salsa. Guacamole gets on there sometimes—no runny, store-bought guacamole. Sandwich stuff, ham, lunch meat, Diet Coke. I’m actually Kidney Stone man now. [Laughs] Yeah, I get kidney stones—which are one of the most painful things, by the way—and the doctor said I should drink lemonade like nobody’s business because the acidity eats away at the calcium...so lemonade has made more of an appearance on there.

What are your strategies for dealing with negative press?
AY: I’m like a tortoise in his shell. I enjoy not reading what’s being said about my music, good or bad. If I read the good, I’d probably have a big head and be a prideful bro; if I read the bad, I’d probably kill myself. Apathy is my strategy.

You’re playing at the U of M tomorrow. Did you go to college?
AY: I went to a humble college in Owatonna called Riverland.

What did you study?

AY: I went for general education...but I was told one-and-a-half semesters in that I was on academic probation because my grades were so bad.

If Owl City ended tomorrow and you were Adam Young, starting over again, would you go back to school?

AY: Probably not. I'm sure I’d have to take a test to get in and even if I wanted to, I couldn’t do it. [Laughs] I was apathetic in high school. I couldn’t do math. I was always in the refresher math course. My brain is small when it comes to figures. I can’t make things connect. So if Owl City was all over tomorrow, I’d probably go fill out an application to load trucks.

While I was Twitter stalking you, I noticed you bought a new car. Would you like to take this opportunity to brag?
AY: [Laughs] I’m such a bro. I’ve never been a car guy. My Dad is a car guy and he was always looking over my shoulder, like, “You’re doing this all wrong. Why are you doing the music thing?” There was always this tiny thread of tension about why I wasn’t into cars, ‘cause I’m his first and only son. I’ve never had nice cars; I’ve always driven old minivans, but now I have the means, so I bought the total bro car, a Mustang. I went all out. I feel guilty and...I kind of don’t. [Laughs] In a small Midwestern town, that’s the thing; you drive a car like that and people stop and stare.

Are you growing a ‘stache for Movember?

AY: [Laughs] These are amazing questions! I just haven’t shaved for two or three weeks. I’ve been on tour since June and I just got tired of shaving. I hadn’t thought about Movember, but it’s been 17 days…so, yeah, I guess I am participating. [Laughs]