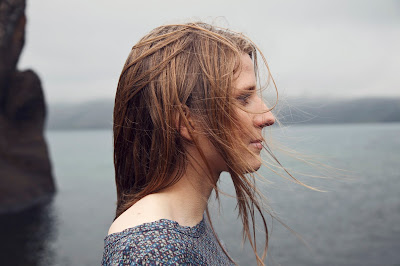 While her name might not immediately ring a bell, when you read through Markéta Irglová’s musical credits, you’ll know right away who she is. Irglova was thrust into the spotlight at the tender age of 20 when “Falling Slowly,” the song she co-wrote with Glen Hansard for their sleeper film “Once,” won an Academy Award. Irglova was the first winner in the Academy’s history to be brought back by the show’s host (Jon Stewart) to finish her acceptance speech, in which she proclaimed, “Fair play for those who dare to dream.” 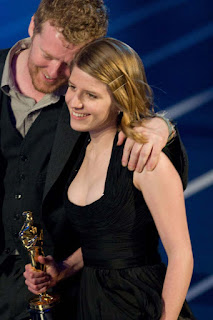 What followed for Irglova and Hansard seemed very much like a dream come true. The couple became iconic in the music world as their onscreen romance blossomed in real life. Irglova and Hansard continued recording together and soon released the album “Strict Joy” under the moniker The Swell Season. As their fame rose, the romance fizzled, but the two continued to tour the world together making music. The emotional journey of the conflicted lovers was caught on camera and recently released as a documentary which is quickly collecting accolades.

With the Swell Season on hiatus, Irglova embarked on her first solo endeavor, “Anar.” The album is an intense and deeply sentimental record that features themes of indecision, loss, and, ultimately, the redeeming qualities of love. On “Anar” (the Persian word for "pomegranate"), it is clear that Irglova, a woman already wiser than her 23 years, has matured and come into her own as an artist.

I talked to Irglova about the whirlwind of her career, accepting her celebrity status and what her relationship with Hansard is like now.

Erica Rivera: Describe the context in which these songs were written and why you decided to do a solo recording.

Markéta Irglová: The Swell Season was going to take a break so I found myself at the point where I had to choose between not making music or go to college or whatever else I wanted to do at the time. I didn’t want to stop making music and I already had studio time scheduled to record an EP, so I created the circumstances and the conditions to continue making music.

In the Swell Season with Glen, I wrote two or three songs a year and the rest was mostly him. I was happy and comfortable with that and never felt the need to go deeper, but when I put myself in that headspace of doing my own recording, I found myself sitting at the piano everyday and the songs just started coming out. I was surprised, but so inspired. I kept going. When my studio time came, I had enough songs for a full record, which was not what I initially planned, but I thought, “Why not make a whole record?”

ANTI-Records, who worked with the Swell Season, found out I had recorded an album and they asked to hear it. Then they offered themselves up for "Anar." It was one of those times when something wonderful came out of the unexpected. It was a small idea that suddenly opened up a whole new chapter of embracing myself as a solo artist.

ER: That sounds similar to what happened with your success with “Once.” It must be both an exhilarating and overwhelming when you experience a rush of events that weren’t necessarily what you planned on.

MI: I’m totally okay taking it on. I trust the flow of life. I try to listen to what my next step should be and I think these things happen because I’m not trying to figure out the next ten steps. I ask myself, “What am I guided to do?” When I meditated on that question in this case, the answers were 1) make music and 2) move to New York, which was more conducive to recording than being in the countryside of Ireland. Once I made that step, the next step presented itself.

As long as I focus on what I feel and don’t worry about where I’m going, it works out. Having no expectations but being open to everything is what makes wonderful things happen. If I don’t worry, there’s no obstruction and life flows easily. It sounds impractical, but “Expect nothing; be open to everything” is really all it is.

ER: What is it about New York that inspired you on this album?

MI: It was a fresh start for me. When I moved to New York, I felt very strong emotionally and mentally. Aside from touring, I’d spent a couple of years alone and because of that, I was able to go out in the world again. I was ready for a busy city and to interact with others. So, I guess I was inspired by life, really. I felt so happy and free and open and that reflected itself in my music. It was a very rich time, creatively. 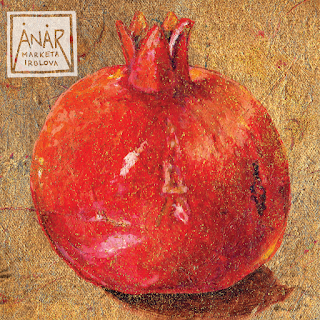 ER: Is that the reason behind the image of a pomegranate on your album cover?

MI: The pomegranate is a sign of fertility, which is what creativity is. It’s also a very feminine symbol and I think this album shows a very feminine side of me. With Glen, I had a beautiful balance between the masculine and the feminine. He brought the passion and the rawness and my aim was the harmony and the softness. Without Glen, I was trying to create something harmonious and very soothing and soft. I think I really embraced my femininity on this album.

ER: People who have followed your career since “Once” and the Swell Season might hear these songs and assume they’re all about Glen. Would that be an accurate assumption?

MI: No, not really. I’ve been married for half-a-year and in a relationship for longer than that, so my current partner influences my music, too. He’s the closest person to me in my life and he makes his way into the songs. Aside from that, these songs couldn’t all be about one particular person because that’s not how I write. I observe relationships in my life and in other people's lives, I allow myself to go through emotional processes and then it all goes through a filter and becomes a song. The album is an outward reflection of what’s inside my head and my heart. I am the person I am because of the experiences I’ve had but I’m also creating a new self each moment.

I understand why people might think the songs are all about Glen. Of course Glen is in them…but in an abstract way. We’re still close and I love Glen very much. He’s dear to my heart and he continues to inspire me. But everything I write is a new opportunity to see things in a new perspective.

ER: In the Swell Season documentary, there are a couple of scenes in which you seem rather uncomfortable with the attention you receive from fans. Has that changed over time?

MI: It’s changed a lot. The idea of celebrity has always been very strange to me because it’s taking the focus away from the music and attaching it to a person. When we put someone on a pedestal or idolize them, we’re giving our own power away. The reason it felt uncomfortable then is because I hadn’t processed it enough at the time, so it came out as resistance and feeling confused. I didn’t know back then how to say I didn’t agree with it.

The way I’ve found to remedy that is to try to interact in a sincere, honest way with people. If we relate like human beings to human beings, it’s a more open and sharing connection. I’m not unreachable. Don’t feel nervous or idealize me. I’m not perfect. When we strip off the celebrity, connecting to people on that level is really beautiful.

ER: The Broadway version of “Once” is opening next month. How does it feel to hand over your project to new actors?

MI: Funny you should mention that because I went yesterday to watch a rehearsal. Glen was there, too, though he’d seen it before. It was wonderful. I was pleasantly surprised. I really like it. I’m proud and I’m honored to see all these people taking a creation of mine and Glen’s and everyone who worked on the film and making it their own. Initially, I had the sense that this shouldn’t be a re-creation of something we already made; it should be a new creation and I didn’t feel right trying to control that. They kept the production simple, like the film is simple. It wouldn’t have made sense for it to be a shiny Broadway show. The core is still in there and I’m very, very happy with it.

Originally published on Metromix in November 2011.