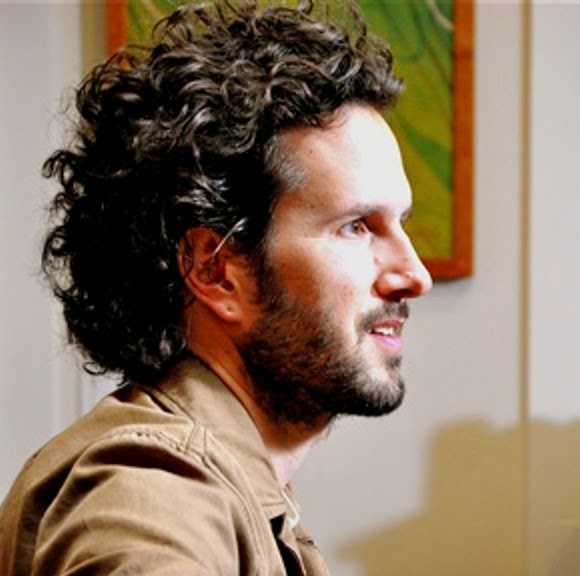 Mason Jennings is one of the most prolific and poignant singer-songwriters of his generation. Though born in Hawaii, Jennings considers Minnesota his home. His forthcoming album, named after the state, consists of softer, sentimental pop ballads and represents a return to the Mason Jennings fans fell in love with over a decade ago.

An artist’s artist, Jennings has always stayed true to crafting brave, beautiful music, regardless of whether or not the industry has approved. Formerly on Jack Johnson's Brushfire Records label, Jennings has chosen to continue recording on his own, in unconventional places, like a cabin and a church. I spoke to this humble musician regarding his affinity for this frozen tundra state, his penchant for bursting into Lady GaGa while onstage and his new (yes!) coloring book.

You’ve written plenty of songs with geographical titles (“Memphis, Tennessee,” “Big Sur,” “Pittsburg,” “New York City,” “California,” among others) but Minnesota received its own album. What was it about this collection of songs that made this album sound like home to you?

Mason Jennings: This is my favorite state. I’ve lived here 17 years. I recorded all the songs here. Though I don’t talk about Minnesota on the album, I saw it as a collage and when I thought about what word summed up that diversity, it was Minnesota.

“Minnesota,” with its emphasis on piano, sounds very different from your last album, “Blood of Man,” which was darker and heavy on the electric guitars. Did the change in mood come first or did the choice of instrument influence the tone?

MJ: The mood. I started writing these songs at the end of the “Blood of Man” tour. It was the start of spring and this felt like a natural breath. They were happier songs because that’s what I felt in my heart.

Are there any instruments you’re eager to feature in a future album? Is there a Mason Jennings “Saw Songs” album in the works?

MJ: Horns. It’d be fun to use more horns...but I choose instruments based on what makes sense for the songs. I see what the songs ask for.

You have a series of small concerts coming up, starting with the Electric Fetus in-store followed by The Current road trip. Did you want to keep the live performances intimate on purpose? Is music is perceived differently depending on the size of the crowd?

MJ: These are shows but they’ll also have interview sections. I don’t get to do small performances as often anymore and I wanted to create events in cool places like churches and coffeehouses to celebrate the record; I thought it would be a fun way to kick off the album release. There will be bigger shows, like at First Avenue, later in the fall.

You’re also taking The Pines on tour. Did you choose that band based on the fact that they’re from Minnesota?

MJ: I liked the idea of a Midwest band, but I also think Benson Ramsey is an amazing songwriter and I like those guys so much as people that I asked if they’d sit in and play at the end of the set. It’ll be fun.

One of the reasons your music has resonated with listeners is because it is emotionally authentic. How do you write about these deeply personal experiences and emotions without sacrificing your own and your family’s privacy? Do you run songs by your wife before you decide what goes on the album?

MJ: I try to remind people that they’re songs. There is a grain of truth to them, but they’re not all my experiences and they’re not necessarily about stuff that has happened. My wife listens to the songs and she’s had her moments where she wasn’t comfortable with what I was putting out there, but we work it out. I don’t want to have a negative impact on my family. That's the way I’ve always written, though, going to the heart space, because it helps me when I listen to music that’s authentic. Going to that spot of honesty has pulled me out of some of my hardest times. If I can write songs that will help and heal someone, that’s what I need to do.

A lot of your songs are rooted in gratitude, which can be a rare sentiment in popular music.

Is that something that you do intentionally or has music always been a way to express your gratitude to whatever deities you believe in?

MJ: Well, I’m happy to be alive and I’m grateful to be making music. I love music so much. When I hear a song, it’s a joy. I try to focus on that. It’s so easy to be negative, so I look at the amazing stuff in my life, at my family and friends and focus energy there. It’s therapeutic.

People who haven’t watched your interviews on YouTube, met you in person or heard you perform live might not know that you have a great sense of humor. During your First Avenue show last year, you broke into a cover of Lady GaGa’s “Bad Romance” and the audience loved it. Is there enough room for humor in your music, for more shamelessly funny covers?

MJ: That’s something I’ve been thinking about because I want to be authentic and I do have a skewed sense of humor. Sometimes I wonder, “Is this going to freak people out?” I realized over the last few years that if I’m going to keep doing this, I have to be totally myself. I have to fully incorporate my personality into what I do, whether that’s in the music, onstage or in interviews.

You do a lot of visual art. Does that expression of creativity complement your music?

MJ: Yeah. I animated my first video for this album. I like to mess around It makes the process more playful for me.

You are also including a coloring book you made in the "Minnesota" Deluxe Pack on your website store. How did that come about?

MJ: I’ve always drawn stuff and given it away. I noticed my friends kept my drawings. They said, “You should do more of this.” If it gives people joy, I’ll do it. That’s where the coloring book came from.

What are you listening to now? What excites you on the local and national scenes?

MJ: I love the new album from The Strokes. Bon Iver is cool. I listen to the old stuff, like Louie Armstrong. The Bad Plus. I haven’t heard the whole album but the new Feist song is really cool.

MJ: My favorite place would be up by Ely in the Boundary Waters area. Favorite person would be Paul Westerberg of the Replacements. He was a big reason I moved up here. He’s been a beacon for me. And a third thing...hmm...the Birchwood Café.